On the Front Lines

During the week that correspondent Krista Mahr and photographer Lynsey Addario were in Afghanistan talking with voters in advance of the elections, there were three major attacks by Taliban fighters in Kabul–two on election-commission offices and one on a house used by foreign aid workers. “The capital felt drastically different to me than it has on my previous visits,” says Mahr. “I was advised against doing things that are very normal parts of my job–being outside, pulling out my notebook in a market, setting up an interview a few days ahead of time.” Addario has been traveling to Afghanistan since 2000, when it was still under Taliban rule. “At the time, the Taliban had banned photography of any living being, so I snuck around with my cameras in a bag, visited people in their homes in Kabul and the provinces and claimed I was photographing the destruction left by over two decades of war in the country.” There were almost no foreigners in the country then, electricity was rare, television was banned, yet the Afghans she met were extraordinarily hospitable. In rural villages, word would spread quickly that a stranger was in town. “We stopped by people’s homes unannounced, and within an hour, a lavish meal of whatever the family could muster from its garden appeared before us: freshly whipped butter, baked naan, greens from the garden and, on the rare occasion, meat.” She has returned many times since then and was struck on her most recent visit by both the fear that now pervades the capital and the bravery of people she met as they lined up to register to vote. “They want a say in their country’s future,” Addario says, “even if it means risking their lives to place their ballot.”

Since 2000, when she made the first of many trips to Afghanistan, Lynsey Addario (center, at a March 27 rally in Mazar-i-Sharif for presidential candidate Zalmai Rassoul) has been moved by the warmth and strength of the Afghan people. Flying into Kabul for this trip, she says, was “the first time in well over a decade that my normal exhilaration was replaced by fear.” The veteran photojournalist, whose work appears in our cover story, says Afghans’ spirit in spite of brutal efforts by the Taliban to disrupt the April 5 elections gave her hope. Addario is continuing to focus her work on human rights and especially women’s issues around the world. 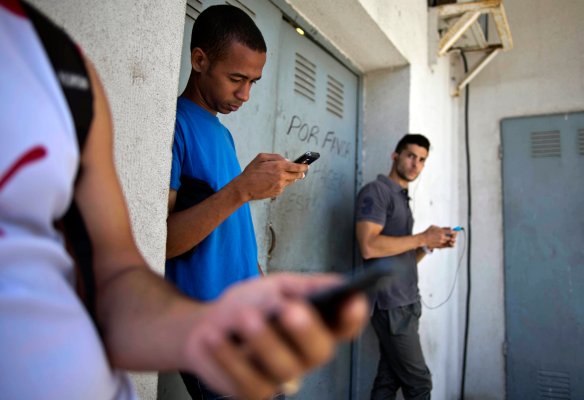