President Donald Trump is expected to announce this afternoon whether he will yank the U.S. out of the Paris climate accord, a landmark deal to reduce greenhouse gas emissions that nearly 200 nations agreed to in 2015 under the Obama administration. White House officials signaled yesterday that Trump would pull out of the pact — a decision that opponents say will have lasting consequences. Watch Trump’s announcement live here.

NBA star LeBron James said racism and hatred “will always” exist in the U.S. after his Los Angeles home was vandalized with a racial slur. “No matter how much money you have, no matter how famous you are, no matter how many people admire you, being black in America is tough,” James said ahead of the first game in the NBA Finals. “It just goes to show that racism will always be a part of the world, a part of America,” the Cavaliers player added. “And, you know, hate in America, especially for African-Americans, is living every day.”

CNN fired Kathy Griffin from co-hosting its live New Year’s Eve show after the comedian posed for a photo holding a fake, severed and blood-drenched head that resembled President Trump. The controversial image drew condemnation from both sides of the political spectrum. First Lady Melania Trump called the photo “disturbing” and questioned Griffin’s “mental health.” “When you consider some of the atrocities happening in the world today, a photo opportunity like this is simply wrong,” she said in a statement. Griffin, who apologized for the photo, has hosted the New Year’s Eve gig with CNN anchor Anderson Cooper since 2007.

A 16-year-old girl is accused of hacking her Uber driver to death in Chicago.

A noose was found in the Smithsonian’s African American History Museum.

Police have released video footage of Tiger Woods being arrested on suspicion of DUI.

NASA unveiled details about its historic mission to the sun and its goals to uncover secrets of the corona. 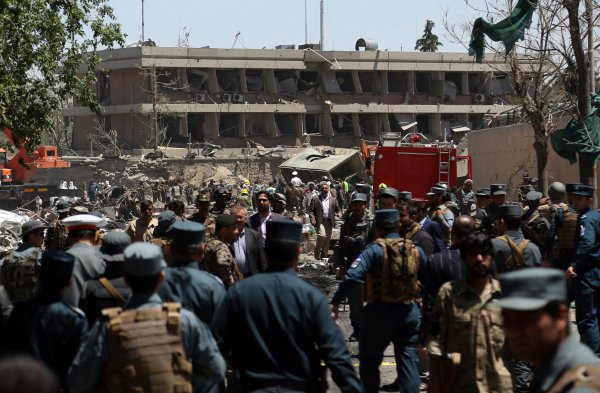