What It's Like to Fly the World's Cheapest Personal Jet

When it comes to civil aviation, the Jet Age began right around 1952. That’s when the world’s first commercial jetliner, the British de Havilland Comet, made its inaugural scheduled flight.

The Cirrus Vision Jet is nothing like the de Havilland Comet.

Sporting just a striking V-tail design, a sophisticated-yet-simple cockpit and room enough for five adults, the Vision Jet is a groundbreaking aircraft for a different reason: It’s the first FAA-certified private jet with just a single engine.

Pumping out about 1800 pounds of thrust, that Williams International turbine helps the Vision Jet achieve a range of up to 1,200 nautical miles, or roughly the distance between New York and Chicago and back. A takeoff distance of just over 2,000 feet means it’s flyable even from shorter runways. A pressurized cabin enables high-altitude flying. And on-board computer systems help ensure pilots stay out of trouble in the air.

Cirrus recently invited me to get a few minutes of flight time in the Vision Jet. If the decades-old Cessna 152 in which I first learned to fly is a crumpled and rusting Honda Civic, piloting the Vision Jet felt like driving a fresh-off-the-line Ford GT. It’s nimble in the air, yet a stall speed (with flaps) of only 67 knots helps pilots stay nice and slow on final approach. The cabin is remarkably comfortable, similar to a luxury SUV, with a sense of spaciousness bolstered by massive windows. And its side-stick control gives the feel of a fighter jet, but with a far better sense of control for first-timers.

The Vision Jet also packs Cirrus’ trademark parachute system, which can be deployed as a last-ditch measure to save the aircraft and its occupants in cases when a typical emergency landing isn’t possible.

But like the Ford GT, the Vision Jet isn’t for everybody. Starting at just under $2 million, this is a workhorse or plaything for the upper crust. However, as Cirrus would tell you, that’s much cheaper than similar private jets — and the Vision Jet is flyable by a single pilot. The company is accordingly marketing the Vision Jet as a turbine-powered option for well-off pilots who might use it to get to far-flung client meetings or take the family on a vacation to Martha’s Vineyard without dealing with the increasing hassle of flying commercial.

“This is the first turbine airplane that’s aimed at the owner-flown market,” says Dave Rathbun, Cirrus’ chief engineer on the Vision Jet. “It is truly by design a personal transportation machine.” For the rest of us, we’ll still be stuck in coach, jostling with our neighbors over the armrests. 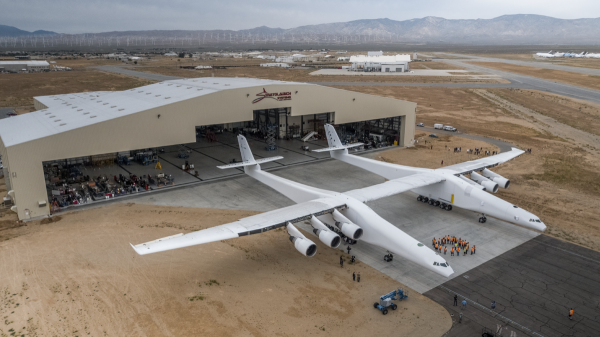 See the World's Biggest Airplane Roll Out for the First Time
Next Up: Editor's Pick