A British breast surgeon has been jailed for 15 years, after he was found guilty of leaving several patients wounded and traumatized by carrying out unnecessary cancer operations.

Ian Paterson, 59, was convicted of 17 counts of wounding with intent, relating to nine women and one man, and three of unlawful wounding following a seven-week trial in Nottingham, England, the BBC reports.

Paterson was accused of exaggerating or inventing the risk of cancer in patients, often charging them for more expensive and unnecessary treatment, between 1997 and 2011. He continued working for years despite security concerns raised by staff, a 2013 report by lawyer Sir Ian Kennedy found.

“The impact of Paterson’s actions on his victims has been devastating, from the unnecessary distress of undergoing procedures they did not need, to the scars that will always serve as a physical reminder of what their doctor, Ian Paterson, did to them,” the specialist prosecutor said.

A former patient of Paterson’s told the BBC that she underwent two operations to remove her milk ducts — leaving her unable to breastfeed her newborn — after the surgeon told her they could be pre-cancerous growths. She later found that the second procedure had been unnecessary.

“Some people said it was acting like God, but I think it was for financial gain,” Lisa Lloyd told the BBC. “I just can’t believe he would put people at risk. What he was prepared to do to me while I was pregnant, I will never forget.”

Almost £10 million ($12.8 million) has been paid out in compensation to Paterson’s victims by the U.K.’s National Health Service. 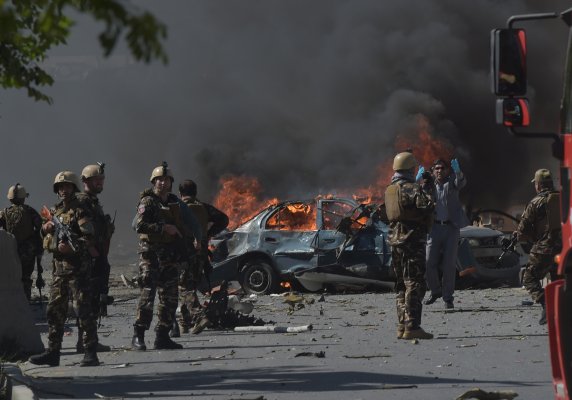 90 Killed and Hundreds Wounded in Kabul Blast
Next Up: Editor's Pick