AKG
By Alex Fitzpatrick
Each product we feature has been independently selected and reviewed by our editorial team. If you make a purchase using the links included, we may earn commission.

Finding the perfect pair of headphones is like discovering a hoodie that fits just right. Once you’ve found it, you never want to let it go.

So I was understandably excited when headphone company AKG announced earlier this year it was making a wireless version of its N60 NC on-ear model, which I’ve been using — and loving — for months.

After a few weeks spent testing the AKG N60 NC Wireless headphones, I’m happy to report they sound just as good as the originals. The active noise isolation is great, keeping the lows intact even during my loud New York City subway commute. The volume and play/pause/skip/back controls are easy to use while walking around. An on-board mic lets you take calls while keeping your phone in your pocket. And the foldable design makes them easy to stash in your bag when you’re not using them.

I never thought I’d really want a pair of wireless headphones. Frankly, the idea of having yet another thing to charge every day sounded like a real drag. But with 15 hours of battery life with Bluetooth and noise cancellation on, charging hasn’t been a problem — I just give them a quick top-off when I get to work every day. And being set free from that cord dangling between your ear and your pocket may sound like a small thing, but it’s huge when your commute presents plenty of opportunities to get stuck on other people’s backpacks, purses and so on. If you’re considering the $250 wired N60s, it’s probably worth the extra $50 to go wireless.

If there’s anything to dislike about the AKG N60 NC Wireless, it’s that they can be a little tight around your head. After a couple weeks of breaking them in, they’re much more comfortable now. But if you’re prone to headaches from on-ear headphones, you may consider a solid pair of earbuds instead. 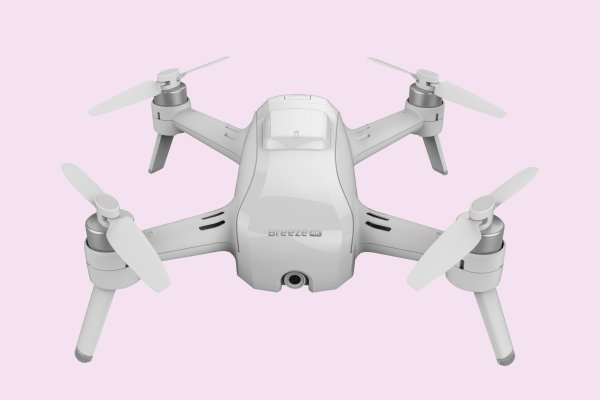 I Tried To Find the Perfect Selfie Drone
Next Up: Editor's Pick