Angela Merkel Says U.S. Ties Are of 'Outstanding Importance' But Europe Must Decide Its Own Fate

Angela Merkel and Donald Trump at the G7 Taormina summit on the Italian island of Sicily, May 26, 2017.
Sean Gallup—Getty Images
By Kevin Lui

German Chancellor Angela Merkel on Tuesday stressed the importance of Berlin’s transatlantic alliance with the U.S., but said that her country must engage with other nations.

Merkel made the comments to reporters after a meeting in Berlin with Indian Prime Minister Narendra Modi, whom she called a “reliable partner.”

“The trans-Atlantic partnership is of outstanding importance and what I said was merely meant to note that in view of the current situation there are more reasons … for us in Europe to take our fate into our own hands,” Merkel said, according to the Associated Press.

The German leader appeared to clarify remarks she made over the weekend that suggested Germany could no longer rely on Washington, and that European nations should stick together. “The times in which we could completely depend on others are, to a certain extent, over,” she said at a campaign event from a Bavarian beer tent in Munich on Sunday.

Early on Tuesday, President Donald Trump, who had just returned to Washington from the G7 summit in Italy, slammed Germany’s trade policies as “very bad,” and said “this will change.”

“We have a MASSIVE trade deficit with Germany, plus they pay FAR LESS than they should on NATO & military. Very bad for U.S. This will change,” Trump tweeted.

The spat between the two allies follows the culmination of NATO and G-7 meetings last week. Merkel was critical of Trump’s decision not to support the Paris Agreement on climate change and Trump blasted Europe’s NATO allies for not spending enough on defense.

Calls for a more level-headed approach to U.S.-German relations came from German Foreign Minister Sigmar Gabriel. “The United States are older and bigger than the current conflict,” he said, according to Reuters. “It is inappropriate that we are now communicating with each other between a beer tent and Twitter.”

Other political figures in Germany have used stronger words against the U.S. President. Martin Schulz, Merkel’s major opponent in federal elections later this year, said Trump was undermining cooperation between nations, calling him “the destroyer of all Western values.” 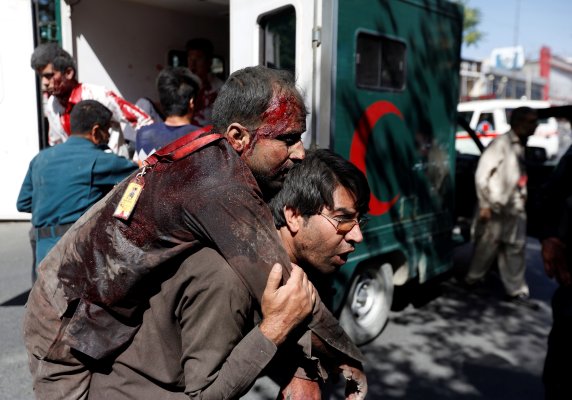