An Exclusive Look Inside Harvard's New Game of Thrones-Themed Class

A scene from Game of Thrones
Helen Sloan / courtesy of HBO
By Olivia B. Waxman

Just as Game of Thrones fans are getting excited for the coming of the show’s seventh season, the professors behind a new Harvard class have revealed exclusively to TIME that they’ll be offering a course this fall about real medieval history called “The Real Game of Thrones: From Modern Myths to Medieval Models.”

This Folklore and Mythology class will look at the way the George R.R. Martin’s series and HBO TV show based on those books “echoes and adapts, as well as distorts the history and culture of the ‘medieval world’ of Eurasia from c. 400 to 1500 CE” by exploring “a set of archetypal characters at the heart of Game of Thrones — the king, the good wife, the second son, the adventurer, and so on — with distinct analogues in medieval history, literature, religion, and legend,” according to a description of the course provided to TIME by one of its professors, Sean Gilsdorf, a medieval historian and Administrative Director and Lecturer on Medieval Studies. Gilsdorf is co-teaching the class with Racha Kirakosian, an assistant professor of German and the Study of Religion.

This isn’t the first time serious academic attention will be paid to Game of Thrones — and the fantasy-heavy show is known for drawing on real history — but this course lends the idea the Harvard imprimatur.

In giving TIME an overview of what the course will cover, Gilsdorf says that medieval biographies of queens will be prime source material. “Game of Thrones does dramatize nicely some fundamental things going on in medieval courts. Tensions between a queen and the younger women who marry their sons are some ‘Real Housewives of 10th-century Germany’ kind of stuff, where you see these women going after each other,” says Gilsdorf.

Kirakosian, meanwhile, points out that the character of the “vindictive queen” is something shared by both Cersei Lannister and Kriemhild, the main royal character in the medieval German epic Nibelungenlied, which gives students an idea of family rivalries in the Middle Ages. A few other themes are shared by the show and the epic, she says: both stories involve female rulers whose husbands were killed in a hunt and competition with foreign queens at court, for example.

Other texts that are anticipated as possible required reading include the Irish prose epic Táin bó Cúailnge (“The Cattle Raid of Cooley”) — about a legendary war sparked by a fight over a magical bull, for a section of the course on mythical beasts — and a 10th-century account of the Islamic world by a traveler named Ibn Fadlan, which will be used to show how fascination with far away places was of huge interest to people in the Middle Ages, just as it is to Game of Thrones characters.

Kirakosian hopes the course, which is being offered at the introductory 100-level, will be a “recruitment tool” for medieval studies and humanities courses in general, at a time when students are less interested in majoring in those fields. Nationwide, bachelor’s degrees conferred in the humanities declined 8.7% between 2012 and 2014, the American Academy of Arts and Sciences reported in 2016, while Harvard alone reported in 2013 that the percent of undergraduate students majoring in the humanities had dropped from 36% to 20% over six decades.

She adds that it was her former students at Oxford who “made” her watch the show, and she started thinking about drawing up a curriculum inspired by it once she realized that the course materials she was already teaching were especially clicking with the students who were fans of the franchise.

“When I read medieval verse epics with my students, they’d say, ‘Oh, that’s like in Game of Thrones,’” she says. “No, if anything at all, it’s the other way around. Isn’t it partly our job [as professors] to use that interest and go deeper?” 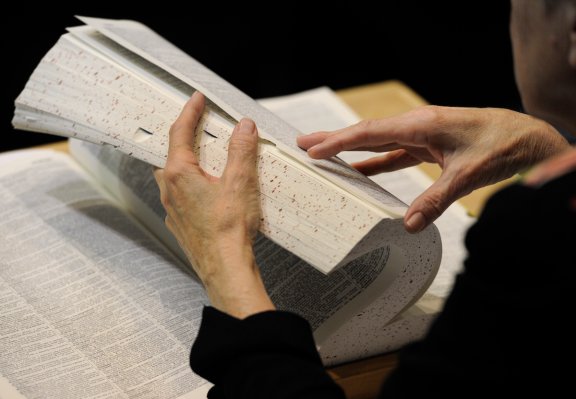 These Words Stumped the Finalists at the First National Spelling Bee in 1925
Next Up: Editor's Pick