A federal circuit judge made an impassioned plea over the deportation of a businessman who has been in the United States for nearly three decades, arguing that while he himself does not have the legal power to keep him in the country, President Donald Trump should strongly consider letting him remain.

Andres Magana Ortiz, now a 43-year-old married businessman living in Hawaii with three children, first came to the United States in 1989, at the age of 15. He was ordered eligible for removal in 2011, but was granted the right to stay — and pursue legal status — in 2014. He filed for a second stay of removal this past November, in the midst of trying to gain legal citizenship. In March, the government reversed this right to stay, and ordered his deportation.

Following the order in March, Ortiz filed an emergency request that would allow him to stay for nine months, but the 9th circuit federal court to which he was appealing said they don’t have the authority to grant it to him.

“We are compelled to deny Mr. Magana Ortiz’s request for a stay of removal because we do not have the authority to grant it. We are not, however, compelled to find the government’s action in this case fair or just,” Judge Stephen Reinhardt, who sits on the 9th Circuit Court of Appeals, wrote in a ruling Tuesday.

Once is Ortiz is deported, he will not be able to enter the country for a decade. His wife and three children — ages 12, 14 and 20 — are American citizens.

Ortiz has two convictions for driving under the influence, the ruling explains, but the last one happened 14 years ago. The Department of Justice declined to comment.

“President Trump has claimed that his immigration policies would target the “bad hombres.” The government’s decision to remove Magana Ortiz shows that even the “good hombres” are not safe,” Reinhardt wrote in his ruling. “Magana Ortiz is by all accounts a pillar of his community and a devoted father and husband. It is difficult to see how the government’s decision to expel him is consistent with the President’s promise of an immigration system with ‘a lot of heart.’”

“I concur as a judge,” Reinhardt concluded, “but as a citizen I do not.” 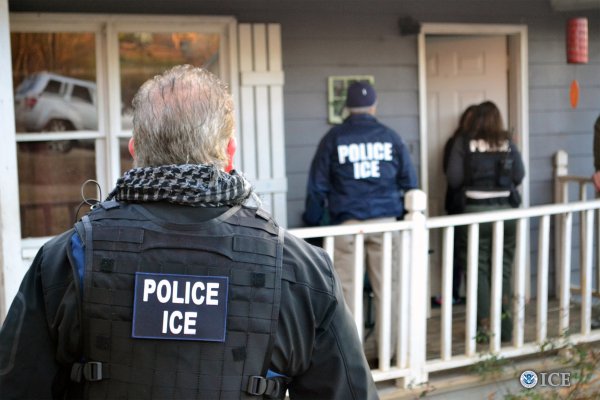