Finally playing a Broadway role Allen and Stroman at New York City’s St. James Theatre; for decades, producers have asked the director to adapt his films into musicals
Therese + Joel for TIME
By Richard Zoglin

As a rule, Woody Allen doesn’t go to Broadway musicals. Few, at least, with music written later than about 1959. He saw Beautiful, the new show about singer-songwriter Carole King, only because his friend and sometime collaborator Douglas McGrath wrote it, and he enjoyed After Midnight because it was a pastiche of Cotton Club songs from the 1920s and ’30s. “I don’t like a contemporary music sound,” he admits without apology or particular regret. “It’s not my taste. My ear doesn’t appreciate it.” Give him Cole Porter or Lerner and Loewe, not Andrew Lloyd Webber. He never even saw The Producers.

Which is either a drawback or a blessing for someone trying to duplicate the success of that Mel Brooks musical blockbuster, one of the biggest hits in Broadway history. For the first time in his prodigious career, Allen, 78, has written a stage musical: Bullets Over Broadway, based on his 1994 comedy about a struggling playwright in the 1920s who gets his Broadway drama financed by a gangster, on the condition that the thug’s brainless girlfriend gets a big role. The parallels to The Producers are hard to miss: two musicals based on hit films by American comedy icons, both set in the New York theater world, both directed by one of Broadway’s most celebrated director-choreographers, Susan Stroman. Can theatrical lightning strike twice?

For Broadway, just getting Allen this far is something of a triumph. For years he resisted offers to turn one of his movies–usually Purple Rose of Cairo or Bullets Over Broadway–into a Broadway musical. Composer Marvin Hamlisch (who wrote the scores for two of Allen’s early movies, Take the Money and Run and Bananas) even wrote a couple of sample songs a few years ago for a Bullets Over Broadway musical. “I said, ‘Look, if you want to do a musical of Bullets, go ahead,'” Allen says. “Then nothing really came of it, and I couldn’t care less.”

Producer Harvey Weinstein pursued the project for a while, but Allen still wanted nothing to do with it. Then one day his sister Letty Aronson, the producer of his recent films, suggested that a Bullets musical might work, not with a new score but with recycled jazz songs from the 1920s. “All of a sudden it landed,” says Allen, relaxed, genial and surprisingly upbeat as he recounts the tale in his editing studio on Manhattan’s Park Avenue. “I said, ‘Yeah, that would be great.’ I still had no interest, but I said that’s the way to do it.”

In April 2012, he met with Stroman–whose shows, along with The Producers, have included the Gershwin hit Crazy for You and such recent musicals as The Scottsboro Boys–and the project got rolling. Allen rewrote his movie script in 48 hours, then began working with Stroman and her musical collaborator, Glen Kelly, to come up with vintage songs that would not only evoke the period but also fit the characters and move the plot along.

For Allen, a jazz buff who famously fills his movie soundtracks with classic jazz and pop recordings (and still plays clarinet with his Dixieland band every Monday night at New York City’s Carlyle Hotel), it was a musical archivist’s dream project. The final score includes a few familiar songs, like “(Up a) Lazy River” and “I’m Sitting on Top of the World.” But the majority are more obscure numbers–a couple of which were new even to Allen, like an old Bessie Smith song, “I Ain’t Gonna Play No Second Fiddle.” Another find was a racy number called “I Wanna Hot Dog for My Roll,” which Kelly discovered on an old LP of bawdy blues songs from the ’20s called Those Dirty Blues. Belted out by the gangster’s moll in the first act, it’s a showstopper.

Kelly did the arrangements and rewrote some of the lyrics. But Allen was hardly a musical bystander. “He always talks down, like he doesn’t know anything,” says Kelly. “He doesn’t read music and is very disparaging to himself about his abilities. But he’s incredibly sophisticated as far as his knowledge of this period.” Allen also helped pick the cast, which includes Marin Mazzie as the Broadway diva Helen Sinclair, the role that won Dianne Wiest an Oscar, and Zach Braff as the playwright, played by John Cusack in the movie. (Braff had a small role as Allen’s son in 1993’s Manhattan Murder Mystery, but Allen didn’t even remember him.) He mostly left Stroman alone as she staged and choreographed the show but was constantly on call for tweaks to the script. “He writes faster than anybody I’ve ever met,” says Stroman. “I would meet with him in the morning at 10 o’clock for a couple of hours, and [the rewrites] would be at my house by 6 o’clock.”

The show didn’t have an out-of-town tryout because Allen didn’t want to leave New York City. But since previews began on March 11 (in preparation for an April 10 opening), he has been at the theater nearly every night, gauging audience reaction and coming to the next day’s rehearsals with changes for the jokes that aren’t working. “On film, you do a joke, it doesn’t work, you’re in a movie,” he says. “When it’s live, that laugh has gotta be there.” Stroman has stitched it all together with her trademark splashy, character-driven choreography, including a chorus line of tap-dancing gangsters in fedoras. Nick Cordero, who plays Cheech, the thug who is assigned to protect the mobster’s girlfriend and ends up rewriting the play, was a dancing novice when he was cast but spent an hour before each day’s rehearsals getting private lessons.

“It’s Susan Stroman’s show, 98%,” says Allen. “She made the whole thing work.” For her part, Stroman is still pinching herself at getting the chance to spin another beloved comedian’s jokes into musical-theater gold. “Mel and Woody are both hard workers, very much about storytelling, with spontaneous minds, unbelievably smart,” she says. “Woody is more reserved and quiet and all about the work. Mel is big and loud. But both are geniuses.”

The show ran into an unforeseen bump during rehearsals, when old charges resurfaced that Allen had sexually abused one of his adopted children with Mia Farrow–allegations he hotly denied, once again, in a piece published in the New York Times. The brouhaha has died down and doesn’t seem to have deterred fans or critics. Allen’s movie Blue Jasmine won an Oscar for co-star Cate Blanchett and has become one of his top-grossing films. Nor has the controversy dampened the buzz over Bullets, which seems poised to grab the sort of audiences that are flocking to nostalgia-laden Broadway musicals like After Midnight and Motown: The Musical.

Hit or miss, don’t expect Allen to take aim at Broadway again soon. “It’s not stimulating enough for me,” he says. “I’m interested in my next movie.” Magic in the Moonlight, which he shot last summer in the south of France, will open in July, and he’s writing a new film that he plans to shoot in the U.S. this summer. “I shoot in the summer because the kids are off from school,” says Allen, who has two adopted daughters with his wife Soon-Yi Previn. “We can all go as a family.”

The schedule also suits a director who is notoriously shy about public appearances, especially when his work is up for awards. Come June, he’ll at least have a good excuse for missing the Tonys. 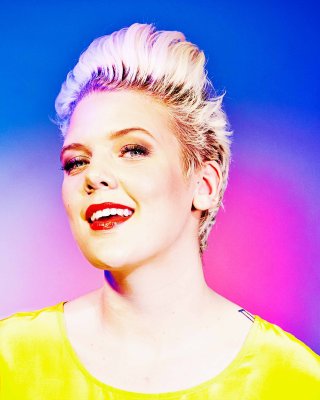 The What, Where, When And How of Betty Who
Next Up: Editor's Pick