US and South Korean marines participate in an annual Combined Joint Logistics over the Shore (CJLOTS) exercise during the Ssang Yong (Double Dragon) exercises against a possible attack from North Korea, in Pohang, 360 km southeast of Seoul, South Korea, 31 March 2014.
Jeon Heon-Kyun—EPA
By Emily Rauhala

Days after South Korean President Park Geun-hye declared the inevitability of reunification, North Korea opened fire across a disputed sea border on March 31. South Korea, which also found an unmanned drone in the area, responded by firing back.

WHY DID IT OPEN FIRE?

To send a message. If Pyongyang wanted to hit South Korea, it could have. Instead North Korea relayed a warning, faxing–yes, faxing–South Korea’s navy to ask it to clear the area. There were no reported injuries.

IS THE TIMING SIGNIFICANT?

Yes. The shelling coincided with annual U.S.–South Korea military drills. Domestically, it can be sold as a warning to would-be aggressors. Outside North Korea, the action signals Pyongyang’s opposition to Park’s vision.

On March 30, North Korea threatened a “new form” of nuclear test. April offers dates rich in symbolism: April 15 is the birthday of Kim Il Sung, the nation’s founder, and April 25 marks the establishment of the army 82 years ago.

A report from the U.N.’s Intergovernmental Panel on Climate Change has outlined the latest findings about the impact of rising greenhouse-gas emissions. Here are five key takeaways:

Climate change has already altered migration patterns, killed off some species, made it harder to grow crops like wheat and increased the rate of glacial melt and loss of Arctic sea ice.

Civil conflict is likely to rise as people fight over dwindling resources. Such violence will, in turn, make it harder to respond to warming.

If temperatures around the world rise by about 2˚C (3.6˚F), global economic output could drop by up to 2% a year.

Impact on the Poor

Developing countries will be hit harder as climate change worsens poverty in those regions. They face greater incidence of malnutrition, waterborne disease and death from rising temperatures.

While emphasizing the risks from climate change, the report said that how the world responds to warming may ultimately determine just how bad things get.

DOES YOUR GOVERNMENT MAKE IT EASY OR HARD TO START A BUSINESS?

Gallup posed the question to about 28,000 people across the European Union. Here’s a sample of how many said their governments made it hard:

The name Recep Tayyip Erdogan did not appear on any ballot during Turkey’s municipal elections on March 30, but the vote was framed as a referendum on the country’s controversial Prime Minister. It was the first electoral contest since last summer’s protests against Erdogan’s creeping authoritarianism and the first chance for voters to have their say on a corruption scandal that threatened to overwhelm the Turkish leader this winter.

Their verdict was unequivocal: Erdogan’s Justice and Development Party (AKP) secured a clear victory, its sixth since 2002. Voters focused less on the controversies surrounding Erdogan and more on his track record of improving infrastructure and boosting growth. The opposition Republican People’s Party, which offers a secular alternative to the AKP but lacks a charismatic leader, ended up with less than a third of the vote. “We gave a message to the world,” Erdogan declared to his supporters. “You cannot cross Turkey. We will not budge.”

The defiant statement was in keeping with the tone set by Erdogan during a bitter electoral battle, the first in a series that will shape the future of Turkish politics–and could solidify Erdogan’s grip on the Turkish state.

Having cowed much of the local media over the previous decade–Erdogan became Prime Minister in 2003–he banned Twitter and YouTube in the closing days of the municipal campaign after damaging leaks surfaced on the social-media websites, fanning allegations of bribery and abuse of power. The government’s response sparked a torrent of criticism from abroad–criticism that Erdogan said was proof of an international conspiracy against a proud nation. Turkey’s highest court ruled against the Twitter ban on April 2.

The next test for the AKP will come in August, when Turks vote for a new President–a ceremonial job Erdogan is likely to seek if his government succeeds in pushing through constitutional changes that would invest the position with more power. If he fails to beef up the presidency, Erdogan may end up running for Prime Minister next year, something that would necessitate a change in party rules prohibiting an incumbent from seeking a fourth term as PM.

Either way, with the secular opposition going home with another beating in the municipal polls, one thing seems clear: Erdogan is not going anywhere soon.

‘The gravest threat to European security in a generation.’

ANDERS FOGH RASMUSSEN, Secretary-General of NATO, condemning Russia’s “aggression against Ukraine” at a news conference on April 1 after a meeting of Foreign Ministers from the military alliance’s 28 member countries. Rasmussen said NATO would stop cooperating with Russia after it seized Crimea last month.

A U.N. court banned Japan’s Antarctic whale hunts, saying they were not justified by claims of scientific research 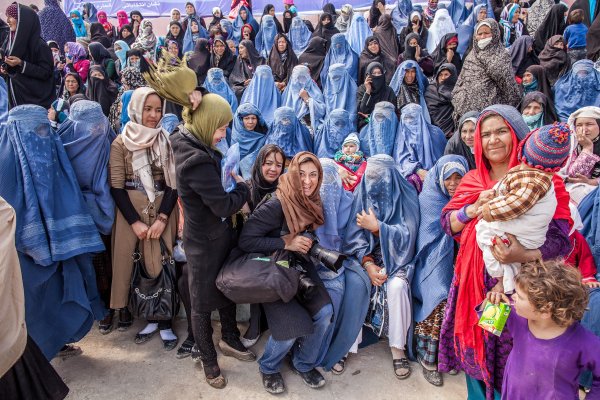 On the Front Lines
Next Up: Editor's Pick