The mother of 23-year-old Taliesin Myrddin Namkai Meche, one of the two victims killed in the Portland train stabbings, penned a letter to President Donald Trump asking him to speak out against the hate speech that led to their deaths.

“You have said that you will be President for all Americans. So, I ask you Mr. President to take action at this time,” Deliverance wrote in the letter, which was made public Tuesday. “Your words and actions are meaningful, here in America and throughout the world.

“Please encourage all Americans to protect and watch out for one another,” she added. “Please condemn any acts of violence, which result directly from hate speech & hate groups. I am praying you will use your leadership to do so. It would deeply honor Taliesin’s sacrifice, which has been amplified by the millions of voices who have supported our family in response to this tragedy.”

Trump did in fact respond to the attacks on Monday, tweeting, “The violent attacks in Portland on Friday are unacceptable. The victims were standing up to hate and intolerance. Our prayers are w/ them.” But according to the Washington Post, a family representative said they were unhappy with the delay in Trump’s response (the attack happened three days earlier on May 26th). Additionally, they felt slighted by the fact that Trump’s message came from his lesser-followed @POTUS account rather than Trump’s @realDonaldTrump account. It’s unclear if Deliverance had seen Trump’s tweet before she penned the letter.

Christian is expected to be formally charged with murder, possession of a weapon and hate crimes. Portland’s Mayor Ted Wheeler on Tuesday called for federal officials and organizers to cancel two right-wing rallies scheduled in the coming weeks. 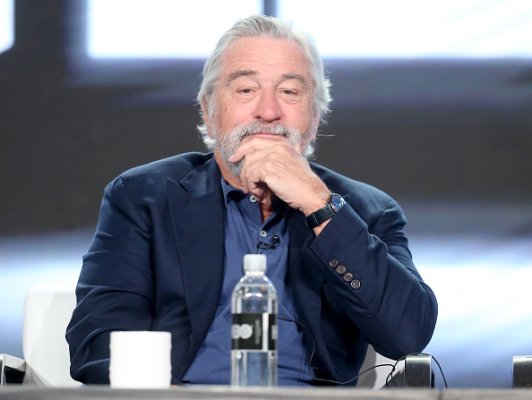 Robert De Niro Says the U.S. Has Turned Into 'a Tragic Dumbass Comedy'
Next Up: Editor's Pick