The 15 Best Cities in Europe

There’s something about Spain. OK, Italy too.

Travel + Leisure readers are in love with the cities in those two countries, which this year make up more than half of our annual list of the best in Europe.

Paris is in the mix, coming in at 14. Kraków made it too, all the way up at No. 5. But Spain was represented with four cities: Madrid, Seville, Barcelona, and San Sebastián. Italy matched it with four spots, including the crown.

Every year for our World’s Best Awards survey, T+L asks readers to weigh in on travel experiences around the globe—to share their opinions on the top hotels, resorts, cities, islands, cruise lines, spas, airlines, and more. Readers rated cities on their sights and landmarks, culture, food, friendliness, shopping, and overall value.

The best-ranked cities in Europe cover much of the continent. Capitals were big hits, but so were smaller destinations that offer unique cultural experiences. In the U.K., readers (again) favor Edinburgh over London. Siena, the medieval city in central Tuscany that hosts the famous horse race Il Palio, and San Sebastián, a resort town on Spain’s northern coast near France known for its golden beaches and Basque cuisine, are also a cut above the rest.

This year Rome, Venice, and Florence—which has held the No. 1 spot in the category for nine of the past 10 years—all make the grade, proof that Italy remains as timeless a draw for travelers as it’s ever been. “Florence has everything you could want in a travel destination,” one reader commented. “The history and landmarks are amazing, as are the museums. The shopping is incredible. The food is rich, the wine pairings fantastic.” Another wrote: “Florence has the best food, the best museums, and the most incredible leather markets. My favorite place in Italy, hands down.”

But if you’re craving an urban escape to an incredible destination filled with distinct food, architecture, and history, you won’t go wrong with any of these choices.

Sure, it’s the birthplace of the Italian Renaissance, but a little history isn’t enough to make a city rise above the rest of Europe. But throw in centuries-old cathedrals, pedestrian-friendly medieval neighborhoods, terra-cotta-roofed palazzi lining the Arno, and galleries housing masterpieces like Michelangelo’s David and Botticelli’s Birth of Venus, and you can understand why Florence takes the grand prize. And we haven’t even mentioned the food—or the views from Brunelleschi’s Duomo, where you can see all the way to the Tuscan countryside. 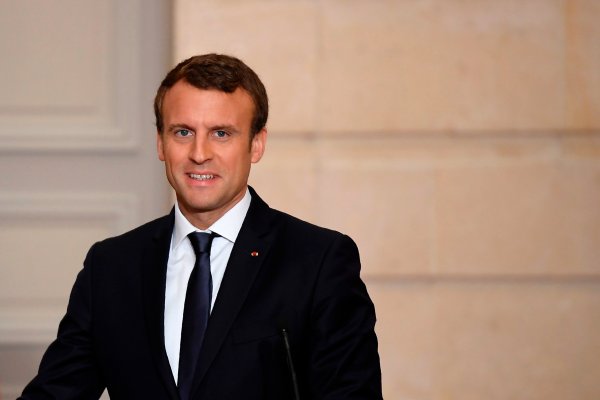 How Emmanuel Macron Is the Anti-Trump
Next Up: Editor's Pick