It’s not every day that the star actor in a movie appears at a screening of her classic film years later and gives the audience the treat of delivering her most iconic line.

But that’s just what happened for a lucky audience at a Clueless showing in Hollywood over the holiday weekend, when Alicia Silverstone herself popped by to help intro the ’90s coming-of-age movie, which celebrated the 20th anniversary of its release in 2015.

“Thank you, I hope you enjoy the movie,” she said to the very warm welcome as she stood onstage. Responding to audience requests for her to repeat one of her famous lines that influenced the slang of the day, she offered the following: “You’re gonna hear it in a second, you don’t need me to say it, whatever!” The hyped-up crowd responded with resounding cheers to her offhand delivery.

Silverstone, 40, is mom to 6-year-old Bear Blu, who accompanied her to the showing. Ever since finding herself a household name thanks to the cult-favorite success of Amy Heckerling’s Clueless, she’s been a pop culture icon for her portrayal of the queen bee Cher. 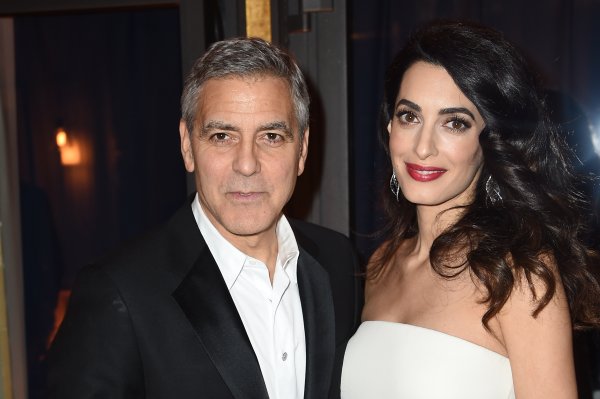 George Clooney Skipped an Event in Preparation for Births
Next Up: Editor's Pick