High School Criticized by Betsy DeVos Fires Back: She 'Messed With the Wrong District'

Teachers, students and parents at a Connecticut high school are fighting back Tuesday after Education Secretary Betsy DeVos criticized the school as an “adult daycare.”

“Betsy DeVos messed with the wrong district,” Annie Irvine, president of the East Hartford Education Association, a teacher’s union, said at a rally outside the high school Tuesday morning, according to the Hartford Courant. In a statement last week, Irvine called DeVos’ recent remarks “demoralizing.”

DeVos made the comment during a budget hearing before a House Appropriations subcommittee last week. She described meeting a former East Hartford student named Michael who was critical of his high school, and she used his story as an example of the need for more school choice.

“Michael described a school where students were the real ones in charge of the class, and they would make it impossible for the teacher to teach. He was constantly bullied to the point he was afraid to even go to the school’s bathroom. And this constant fear made him hate school,” DeVos said. “He described the school he was assigned to as, and I quote, ‘nothing more than adult daycare, a dangerous daycare.'”

Chanting “DeVos is wrong, East Hartford strong,” protesters on Tuesday criticized President Donald Trump’s proposed budget, which calls for a 13.5% cut to the Department of Education.

“Rather than criticize what she doesn’t know, DeVos should focus her attention on providing our schools with the education funding so desperately needed to ensure our teachers have the resources they need to help our students succeed,” Irvine said in a statement, inviting DeVos to visit the school district.

It’s not clear if DeVos plans to visit the school, but a spokesperson defended her testimony.

“The Secretary’s focus is on individual students and ensuring they each have access to a high-quality education that meets their needs. In her testimony, she relayed one student’s experience and used his own words to describe the challenging circumstances he faced in high school. He, like so many other students across the country, needed another option but didn’t have access to one,” Department of Education Press Secretary Liz Hill said in a statement.

“For anyone to assert that Michael’s individual story should be generalized to the broader student population is a symptom of the one-size-fits all status quo that too many continue to seek to defend. Michael is an individual student with an individual story to tell. He was able to rise above what he considered challenging circumstances and go on to excel academically. We should be applauding students like him.” 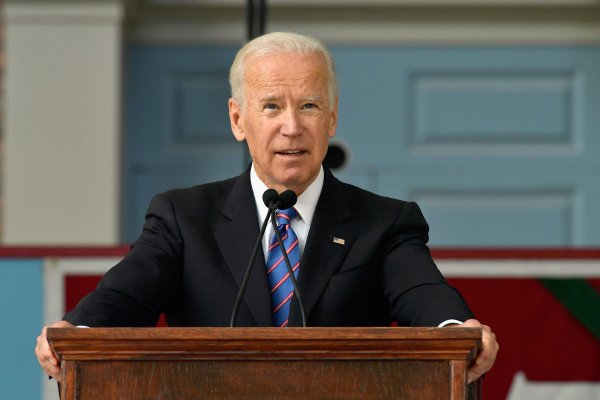