A dramatic video shows the moment an inflatable dinghy holding 34 migrants caught fire in the Mediterranean Sea — and how rescuers saved all 34 people on board.

The video shows the group of migrants jumping off the dinghy in orange life vests as the fire spread, leaving burning debris in the water just off the Spanish coast.

The rescuers were able to save all the migrants on the vessel, some of whom were clinging onto charred pieces of the boat to stay afloat.

The Portuguese Air Force said in a statement that the cause of the fire is still unknown, and that there was no immediate reason that explained how the blaze started, according to CBS News.

Other migrants have faced danger on sea recently. About a week ago, more than 2,000 migrants were rescued in the Mediterranean. 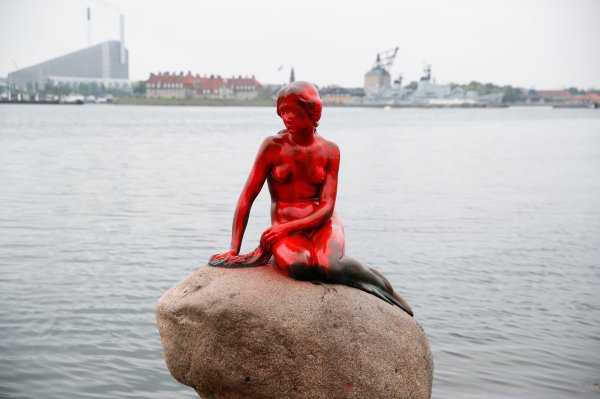