President Donald Trump participates in a wreath-laying ceremony at the Tomb of the Unknown Soldier at Arlington National Cemetery on Memorial Day, May 29, 2017 in Arlington, Virginia.
Olivier Douliery — Pool/Getty Images
By Alana Abramson

President Trump marked Memorial Day like his predecessor: commemorating the country’s fallen soldiers with remarks at Arlington National Cemetery, which houses the graves of over 400,000 soldiers who died in active duty, along with veterans and their families.

Trump’s remarks, which took place at the Tomb of the Unknown Soldier —a monument dedicated to the unidentified soldiers killed overseas — were his first since returning to the United States from a nine-day trip abroad. He stayed focused on honoring the fallen soldiers and the sacrifice they had made for the country, declining to touch on the question that continue to surround members of his administration regarding contact with Russia, including his Senior Adviser and son-in-law, Jared Kushner.

“We can never replace them. We can never repay them. But we can always remember,” Trump said of these fallen soldiers. “And today, that is what we are doing — we remember.”

Here’s a full transcript of the President’s remarks. 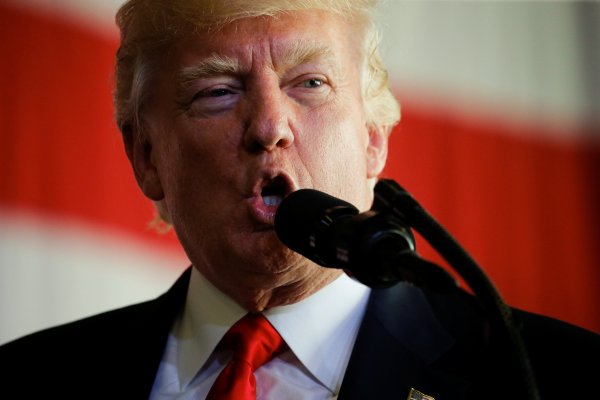