After getting engaged in August 2015, the couple made it official in an intimate ceremony at Central Synagogue on East 55th Street in New York City on Sunday.

Around 7 p.m., the beaming newlyweds were the first to emerge from the synagogue, stepping out hand in hand and walking down steps decorated with white roses, as a small crowd of well-wishers gathered outside and cheered.

Afterward, the bride, groom and about a hundred guests headed to the Guggenheim Museum on the Upper East Side for a lavish wedding reception.

On Friday, the couple was spotted looking loved-up at a dinner in N.Y.C. Rossum wore a stunning red cocktail dress for the night out with friends and family.

Esmail, 39, proposed to Rossum, 30, after two years of dating, and he directed his bride in the 2014 romantic dramedy Comet, which also starred Justin Long.

The actress told PeopleStyle in 2015 that her engagement to the Mr. Robot creator has been focused on sentimental details — including the story behind her ring.

Her engagement ring is a classic round-cut diamond and platinum ring from the Art Deco Era. It was made in France, circa the 1920s, and came from jeweler Neil Lane’s archival collection of historical rings.

“I like that it’s old and I like to imagine who wore it before me and the life that they had,” she told PeopleStyle. “I don’t know the story behind it, but it’s from 1920 in Paris, so I like that I’ve inherited someone’s story, and I hope that it’s a good one.”

In February, she revealed at the Carolina Herrera show during New York Fashion Week that the designer (who she’s turned too for many red carpet events including this year’s Met Gala) would be creating her wedding dress.

The star put full trust in Herrera, and was not nervous about the dress process at all. “She’s got it,” Rossum said. “There’s no rush. She can turn it around in a day. I’m not concerned.”

Rossum’s anti-bridezilla approach echoed across all of her wedding planning.

But the main reason she didn’t stress over her dress? She’s used to going black tie.

“Weirdly, I feel like so many times in my life are about dressing up for a film premiere or a fashion show so this is the one time in my life where I’m actually not that focused on details,” she said. 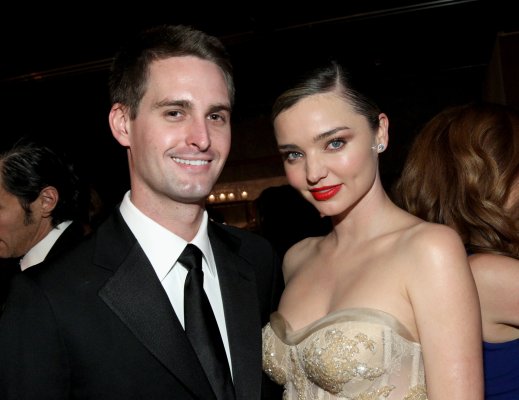