The Germans did what they could. Starting well before Inauguration Day, they tried to get on friendly terms with President Donald Trump, at least friendly enough not to squander a bond that took more than half a century for their nations to build. The effort was commendable, in part because of the patience it required of German Chancellor Angela Merkel. But it didn’t do much good in the end.

Trump wouldn’t budge. The contempt he expressed for Merkel, Germany and the European Union has mostly traveled with him from the campaign to the White House, and his learning curve in the Oval Office has not been steep enough to convince him of the importance of U.S.-German ties. On Sunday, after a few days of summits with Trump and other Western leaders, Merkel effectively threw up her hands and gave up on him. “The times when we could fully rely on others are a bit finished,” she told a crowd of her supporters in Munich. “That’s what I experienced in the last few days.”

That impression had in fact taken shape over several months. Back in March, during a camera spray inside the Oval Office, Merkel turned to Trump and asked him for a handshake, and he appeared to ignore her. At a press conference that same day, the President made a cutting joke about the fact that the U.S. had monitored Merkel’s phone for years. “At least we have something in common perhaps,” Trump said, alluding to his unsubstantiated claims that the phones in Trump Tower were tapped by the previous administration.

Though she arched her eyebrows in surprise at that remark, Merkel continued to grin and bear it. Her team was already working on a fresh line to the President’s heart. His daughter Ivanka, freshly installed as the First Daughter in charge of women’s empowerment, accepted Merkel’s invitation to attend a summit in Berlin devoted to that very issue. It didn’t go well. When Ivanka tried to praise her father for defending the rights of women, the crowd of mostly German activists and intellectuals booed and heckled her.

But Merkel persevered. Her next opportunity to meet with Trump in person came during last week’s G7 summit in Italy. Since this was Trump’s first official visit to the European Union, the German government held out hope of winning him over – or at least getting him to care about the issues that matter most to Europeans. “We’re cautiously optimistic,” said Christoph Heusgen, the chief foreign policy adviser to Chancellor Angela Merkel.

It would not have taken much for Trump to keep that optimism alive. On climate change, for instance, the Germans had even devised a plan – as pragmatic as it was naïve – to help Trump voice support for the fight against global warming: They wanted to suggest that, apart from helping to save the planet, investments in alternative energy could also create a lot of American jobs. “That’s one way to get Trump on board,” Germany’s representative at the G7, Lars-Hendrik Röller, told reporters at a briefing in Berlin on Wednesday.

It’s hard to pinpoint when exactly such hopes ran out. It might have been when Trump berated his European allies on Thursday about their need to spend more on defense. Or it might have been his decision not to join the rest of the G7 leaders in supporting the Paris Agreement on climate change. Trump probably didn’t help when he physically pushed the Prime Minister of Montenegro out of his way during the NATO conference. But more likely the effect was cumulative, not any one slight but one too many, that prompted Merkel to change course. “We have to take our destiny into our own hands,” she told the crowd in Munich Sunday after what must have been a disheartening week.

Asked what Germany’s destiny might look like without its transatlantic moorings, the Chancellor’s spokesman would only clarify on Monday that she is a “convinced Atlanticist” and would continue working to improve U.S.-German ties while speaking honestly about the differences between them. Her next opportunity to meet with Trump in person will be during the G20 summit of world leaders that Germany will host in July. But judging by her statement on Sunday in Munich, she will go into those talks with a more sober understanding of who Trump is – and how little she can do to change him. 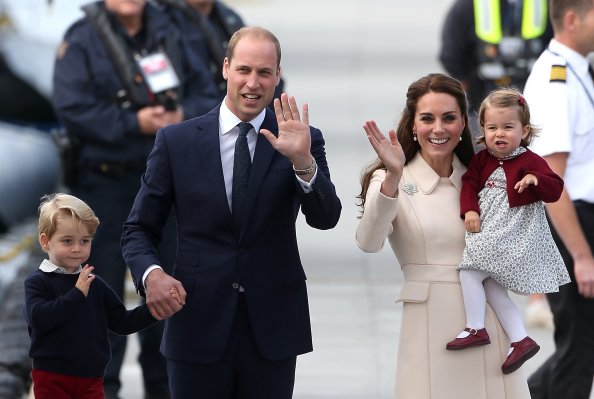 Prince William Opens Up About Parenthood
Next Up: Editor's Pick