Schapelle Corby waits in her cell before her trial on April 28, 2005 at Denpasar Court, Bali, Indonesia.
Dimas Ardian—Getty Images
By Kevin Lui

Schapelle Corby, an Australian woman convicted for drug trafficking more than a decade ago in a high-profile case in Indonesia, has been deported from the resort island of Bali where she spent nine years behind bars and three on parole.

Australia’s ABC News reports that Corby, a former beauty school student, landed early Sunday local time in Brisbane, Queensland. More than 200 police officers and private guards were on duty to assist in her deportation from Indonesia, according to ABC. Her whereabouts after leaving the Brisbane airport remain unknown.

Corby was arrested in late 2004 after 9.3lb of marijuana was found stashed in her boogie-board gear, and was sentenced to 20 years in prison the following year. Her sentence was later reduced by then-President Susilo Bambang Yudhoyono, the BBC reports.

Many Australians were sympathetic to Corby — she has always said she was innocent —and the furore over her sentence caused a major rift in Indonesia-Australia relations.

Read More: Should Schapelle Corby Really Be Paid $2.7 Million for an Interview?

Australian media has closely observed the twists and turns of Corby’s saga. Her release from Kerobokan prison on parole in 2014 caused a media frenzy, even though she wasn’t able to leave Bali at the time. 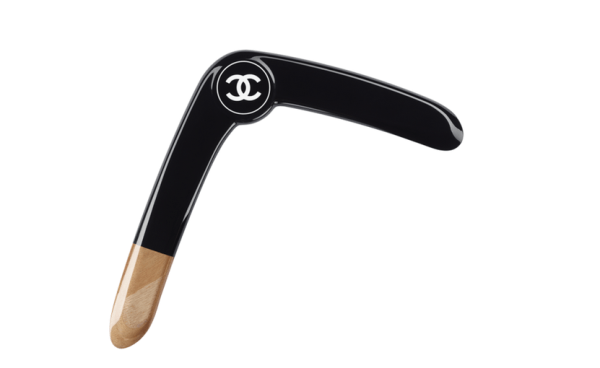 Chanel Stirs Controversy With $1,500 Boomerang
Next Up: Editor's Pick