Game of Thrones’ Weapons Master on Season 7: 'We Have a Lot More Armies’

The violence on Game of Thrones all stems back to a single warehouse in Belfast.

When TIME was on-set for our cover story on the HBO series (whose seventh season premieres July 16), one of our first stops was to the armory. It’s where Tommy Dunne, the show’s weapons master, forges and stores the weapons for the series’s various warring factions. Huge bushels of spears — some simple, some curved or decorated to fit their holder — are held together by duct tape. Swords are sorted by clan — there are neatly organized slots in the shelving unit for swords labeled “Bolton,” “Tyrell,” “Lannister” and “Sellswords.” Pity those fighters whose swords are labeled “DEAD” — including “Robb Stark” and “Ramsay.” These characters are off the show, but their swords live on here, at least.

The show, though, tends to add rather than subtract. “Obviously, it’s a show that creates a lot of new armies, a lot of new characters,” said Dunne. “This year, we have a lot more armies, a lot more numbers. You’re replicating armies and adding new ones as well. And it seems to have worked.”

Dunne manufactures various styles of weapons: “anytime you’re on horseback or fighting,” he says, “it’s rubber. For harder action, it might be aluminum. We only ever use the steel ‘hero’ for close-up.” There are multiple “heroes” for each major sword on the show to ensure that there’ll always be one on hand, and they take some time to complete. “Oathkeeper,” the ornate, jewel-encrusted sword Jaime gives to Brienne of Tarth, took a week, with the five-member armory group working on it off and on amid other tasks.

Brienne of Tarth with the Oathkeeper. HBO.
HBO

The looks of each sword are determined by the characters who hold them — “Oathkeeper,” a sword belonging to an avaricious, luxury-loving Lannister, was scripted as having a wooden scabbard, a decision Dunne revised, as “you need some bling in there.” And the weapons of the foreign, wealthy land of Dorne are fittingly extravagant and odd — “you can see the opulence in there.” Dunne, who stockpiles materials, used a 16-foot-long python skin for the Viper’s breastplate.

Wandering through Dunne’s domain feels a bit like treading through the graveyard of all the Westeros citizens who’ve been lost. Memories of various gory deaths come at every turn — look, there’s the crossbow Joffrey used! (Sort of: It’s the fixed safety version, as dangerous as any other tame theater prop.) But it’s also a very active workshop, tasked with creating not just weapons customized to characters (and relying on boutiquey skills like fletching and 3-D printing) but huge volumes for the show’s big fight scenes. “My big thing is the numbers,” he says. “I hope it won’t frighten me.” For last season’s “Battle of the Bastards” episode, Dunne’s team produced 200 6-foot-6 shields and 250 16-foot-long spears.

And the show promises only to ramp up in size as it nears its conclusion. “I might be worried about season 8, we might be in trouble on that one,” Dunne says. “But it has to finalize somewhere.” 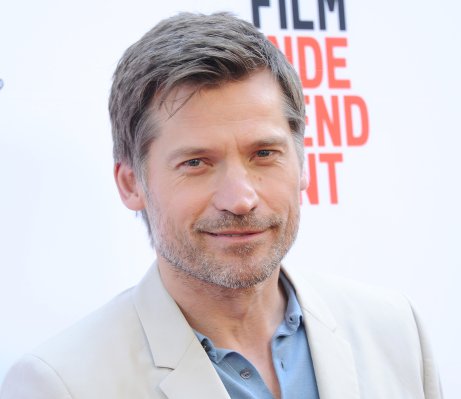 Nikolaj Coster-Waldau on the ‘Very Significant Shift’ in Season 7 of Game of Thrones
Next Up: Editor's Pick