An airline passenger was arrested Thursday after he opened the plane’s galley door as it was taxiing and jumped onto the tarmac at a North Carolina airport, authorities said.

Tun Lon Sein was seated on American Airlines Flight 5242 just before takeoff, when he suddenly stood from his seat and attempted to open the aircraft’s main door before he was halted by a flight attendant, whom he then tried to bite, federal air marshals said in a criminal complaint, according to CNN.

Following the struggle, Sein was able to pry the door open and escape onto the tarmac, before airport workers stopped him on the active taxiway. He was then taken to a local hospital for treatment, the report said.

Authorities are unsure what prompted Sein’s commotion because he speaks little English, CNN reports. He was scheduled for a court appearance on Friday, but the hearing had to be postponed, the report said, because the Thai interpreter could not speak Karen, a language of southern Myanmar.

Authorities believe Sein understood the safety requirements as he could see the illuminated seat belt signs and had already entered the United States at Newark, N.J., requiring two other flights before he reached the airport at Charlotte, according to CNN.

American Airlines in a statement said the plane returned to the gate after “a security incident with a passenger.” After a re-screening, the plane landed approximately 90 minutes late at its destination of New Bern, N.C., the airline said, according to the report.

Sein was charged with interference with flight crew members and attendants on a commercial aircraft, according to the criminal complaint. 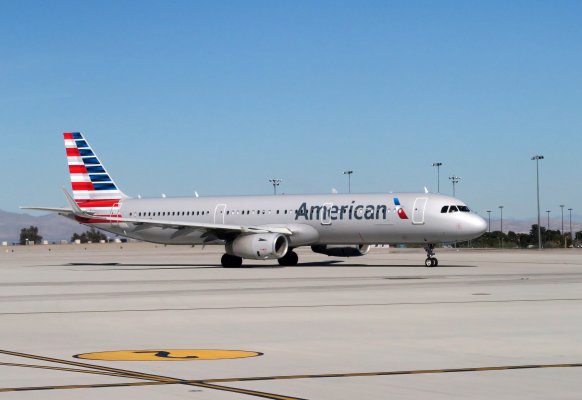 Passenger Tries to Break Into Cockpit on Flight
Next Up: Editor's Pick