Members of the public look at tributes left in St Ann's Square for the people who died in Monday's terror attack at the Manchester Arena on May 26, 2017 in Manchester, England.
Jeff J Mitchell—Getty Images
By Tessa Berenson

Days after a suicide bombing killed 22 people at her concert in Manchester, Ariana Grande posted a tribute to the victims, saying she “will think of them with everything I do for the rest of my life.”

“They will be on my mind and in my heart everyday,” Grande posted in a lengthy tribute.

Grande, who suspended her tour after the attack, also said she would return to Manchester for a benefit concert. “I’ll be returning to the incredibly brave city of Manchester to spend time with my fans and to have a benefit concert in honor of and to raise money for the victims and their families,” she wrote. “I will have details to share with you as soon as everything is confirmed.”

Grande called for her fans to stay strong and united in the wake of the violence. “This show, more than anything else, was intended to be a safe space for my fans,” she said. “A place for them to escape, to celebrate, to heal, to feel safe and be themselves… This will not change that.” 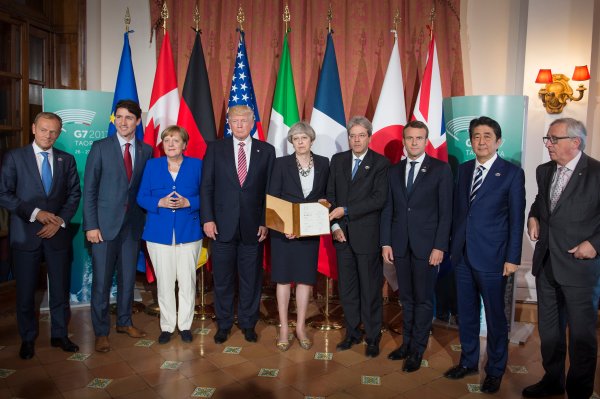 Here's What Each G7 Leader Is Really Thinking About
Next Up: Editor's Pick