How to Talk About Enemies on Memorial Day

The grave of an unknown soldier is shown at the Normandy American Cemetery June 5, 2014 in Colleville-sur-Mer, France.
Win McNamee—Getty Images
Ideas
By Rye Barcott
Rye Barcott is the author of the memoir It Happened on the Way to War: A Marine's Path to Peace and co-founder of With Honor.

“Where are the bad guys?” my son asked. He wrapped his hand around my finger.

“They are not here,” I said. “They are at the other cemetery, the one we saw before. But they are no longer bad.”

My son stared at the white cross in front of us 72 years after D-Day. He stood about as tall as the cross. Moments earlier, he had rubbed sand from the Normandy beaches below, across the name of his great-great-uncle in a tribute led by a French official for relatives of the American war-dead.

My daughter held his other hand and looked up at me. My wife stood next to her. A summer breeze swept through their long hair, fluttering strands of it up toward the cliff and the ocean beyond, past the rows of perfectly aligned white crosses.

“He died fighting for freedom,” I said. “He was protecting us.”

I thought of the iron crosses we had seen at the German cemetery earlier that day, and I thought of my father, a German-American who was nearly killed in Vietnam as a Marine when an enemy bullet tore through his cheek.

“Why are there bad guys?” my son asked. I did not know what to say.

The author's children, looking at the grave of his great-uncle
Sabina Lorkin, courtesy of the author

We had traveled to the Normandy American Cemetery as a family to pay tribute to Anthony Barcott, a first-generation Croatian immigrant to the U.S. who worked in a paint shop that he owned with his brother in Everett, Washington. He had signed up and enlisted in the army as a 32-year-old. He died during the D-Day invasion. Memorial Day is for him and the hundreds of thousands of Americans who have died in combat. They are our sacred war-dead.

Memorial Day has always seemed more solemn for my family than for many friends of mine. My father used to take me to cemeteries on Memorial Days. We didn’t vacation. We didn’t shop. My father was often distant on the day for reasons I did not fully appreciate until I went to war in Iraq.

Why are there bad guys?

My son’s question caught me by surprise. But it’s a good one to think about on Memorial Day, as anger and nationalism sweep across the world and leaders lean toward the rhetoric of war.

The answer, I believe, begins with fear. Fear is natural. In moderation, it can even be healthy. I don’t know a Marine who didn’t experience fear in combat. If I had known such a man, I would not have wanted to follow him. Courage comes from action in the face of fear, not the absence of it.

But problems can arise when fear feels overwhelming and inescapable. That sense of suffocation can cause good people to make bad decisions, to lose their moral compass. When nations face volatile times, leaders can manage fear and keep the dark sides of our souls in check. Alternatively, they can manipulate the emotion and use it to build cohesion among tribes to advance agendas that rarely serve the long-term public good.

The “bad guys” in Normandy in 1944 attacked on behalf of a country that had turned to evil. But that evil emerged from something human. It emerged from a sense of fear that is not unlike what some people in America and around the world feel today.

Memorial Day reminds us what is on the line. It is the day we honor our war-dead, the valiant young souls like my great-uncle, Corporal Anthony Barcott, who gave everything at the request of their country, right or wrong. 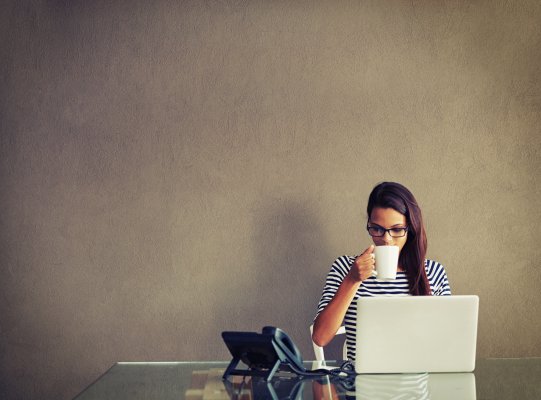 When Did Being Busy Become Cool
Next Up: Editor's Pick