An ICE Enforcement and Removal Operations agent, on his way to raid and apprehend an immigrant without legal status in Riverside, Calif. on Aug. 12, 2015.
Irfan Khan—LA Times/Getty Images
By Abigail Abrams

Federal immigration authorities have arrested nearly 200 people in southern California as part of a five-day operation targeting immigrants who have committed crimes or who were in the country illegally, U.S. officials said Thursday.

The arrests concluded on Wednesday and were led by Immigration and Customs Enforcement (ICE).

Of the 188 people arrested, close to 90% had prior convictions, according to a statement from ICE. They are mostly men, and the majority, 146 people, are from Mexico, while others came from El Salvador, Guatemala, Armenia, Honduras, Russia, Thailand, Vietnam, Yugoslavia, Cambodia and the Philippines, according to ICE.

This is the latest in a trend of similar crackdowns that have taken place under President Donald Trump’s administration. On the campaign trail, the former reality TV star frequently talked about deporting immigrants, and after he was elected, Trump said he planned to deport as many as three million undocumented immigrants with criminal records.

“By taking these individuals off the streets and removing them from the country, we’re making our communities safer for everyone,” David Marin, field office director for ICE’s enforcement and removal operations in Los Angeles said in a statement.

Since Trump has taken office, ICE said it has arrested more than 41,000 people across the country — nearly a 40% increase over the same period in 2016. 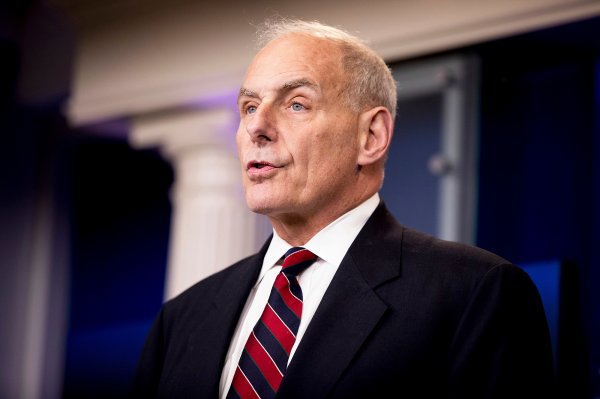 Homeland Security Secretary Extends Protections for Haitians for 6 Months
Next Up: Editor's Pick