Republicans had one top priority for their health care bill: it had to lower insurance premiums. “The price has to come down, period,” Rep. David Brat of Virginia told TIME in March. Lowering premiums was the biggest sticking point for getting the bill out of the House.

So when the Congressional Budget Office released a dismal forecast for the American Health Care Act, projecting 23 million fewer people would have insurance under the Republican law in 10 years, House Speaker Paul Ryan tried to focus on the bright side.

“What CBO just told us is the reforms we put in this bill will help lower premiums, and so I’m very encouraged by that,” Ryan told reporters Thursday.

But such predictions are difficult, particularly in health care. The picture the CBO gave is more complicated than Ryan portrayed. Because of uncertainty in the law and the way that it’s implemented, what actually happens to insurance premiums depends in large part on factors that are outside Ryan’s control. Patients’ premiums would be determined by everything from how old they are to where they live, whether they have a preexisting medical condition, and how their individual states decide to handle the new law.

The CBO predicts that in the short-term, the Republican bill will raise premiums significantly nationwide compared with current law. That means premiums would be higher under the Republican bill in 2019 (by an estimated 20%) and 2020 (an additional 5% higher) than they would be if no changes were made to Obamacare. So if Ryan is referring to just the next couple of years, the AHCA would do the opposite of what Republicans lawmakers intend it to do.

After 2020, premiums would depend largely on state choices:

—In states that keep the current Obamacare regulations, premiums would fall to about 4% lower in 2026 than under current law. That means Ryan is correct that premiums will eventually go down on average—albeit slightly—for people buying their own healthcare on the marketplace, according to the CBO.

—In states that choose to ditch some Obamacare regulations, premiums would go down significantly compared with current law. The CBO estimates premiums would fall 10% to 30% in 2026, depending on how many of the regulations stay in place. But while premiums will be lower, the plans will offer less coverage, because they won’t be required to cover things like emergency services or prescription drugs, depending on what rules each state decides on.

—In states that opt-out of all the crucial Obamacare regulations, average premiums will also drop. For younger and healthier people, health insurance will be significantly cheaper in these states. But for people with medical conditions, or older insurance buyers, premiums will be “extremely high,” according to the CBO.

“Over time, it would become more difficult for less healthy people (including people with preexisting medical conditions) in those states to purchase insurance because their premiums would continue to increase rapidly,” the CBO said.

This is a key point of disagreement between Republicans and the CBO, and would reflect a crucial flaw in the Republican bill. Ryan suggested that on this point, the CBO score misrepresents reality, because states would establish and fund their own high-risk pools, which would cordon off people with preexisting conditions into a separate market.

According to Ryan and leading Republicans who helped write the AHCA, the high-risk pools will ensure that those with preexisting conditions do not face significantly higher premiums. “States will also do some of the lifting,” Ryan said. “We will have federal resources and state resources.”

But states have tried high-risk pools in the past, and they don’t have a great record. Thirty-six states, including Florida and Texas, had high-risk pools before Obamacare was signed into law, and premiums were often 150% to 200% higher than in the rest of the market. Moreover, the pools lost significant amounts of money. In 2011, high-risk pools faced $1.2 billion in losses for just 225,000 enrollees — likely much fewer than there would be under the AHCA.

We don’t know how the high-risk pools will work in the future, how much states will contribute and whether federal funding will be nearly enough. But premiums will likely never be lower than they are today, considering the trend in health cares costs. In addition, even in states that do not cut their Obamacare regulations, the Republican healthcare bill allows insurers to charge older people five times more than younger counterparts, while cutting Obamacare subsidies significantly. That means that even if average premiums go down, some people would likely see their premiums rise significantly.

Republicans in the Senate will have to consider plenty of questions as they rewrite the House bill, including the total number of insured under their bill, the stability of health care markets and whether they can cut deficits. The toughest one to answer, though, may be about the premiums. 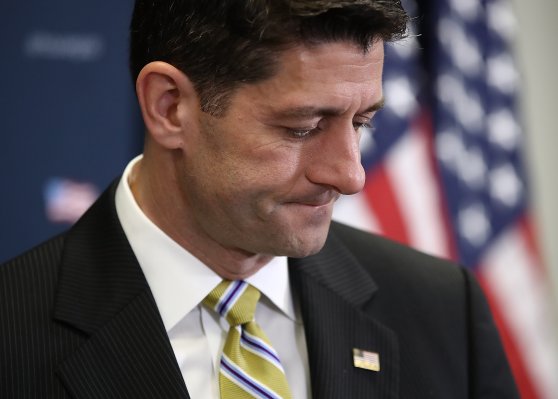 Here's How the GOP Health Care Bill Would Hurt 'Less Healthy People'
Next Up: Editor's Pick