Review: 'Magikarp Jump' Is So Dumb It Just Might Be Brilliant

My initial reaction to Magikarp Jump, a new mobile game by The Pokémon Company that’s out now for iOS and Android in which you tap to make the gawking aquatic Pokémon frolic, was: “This is probably dumb enough to work.”

Dumb as in numbingly, obsessively, vacuously addictive. Like counting telephone poles, or trying not to step on sidewalk cracks. It has nothing to say about anything, really, save a seeming infinitude of interlocking systems and incrementing tiers masquerading as accomplishments, all of which are in actuality a giant busywork sandwich.

That only counts as scorn if you’re not into “clicker” games, the genre wherein you jab a screen as fast as possible to make things happen ad infinitum. Count me among the many who’ve succumbed to its wiles. I spent an embarrassing amount of time last year playing Adventure Capitalist, a maddeningly stupid mobile time suck that ferried me everywhere — around the world, on to the Moon, Mars and back — and simultaneously nowhere. So yes, a hamster wheel, but consider the perspective of the hamster.

Clicker games are the opposite end of the spectrum from so-called “games of skill,” leveling the field of play and making progress the upshot of mere persistence. Everyone up for the slog is a “winner.” The constraints are time and ever-tapering systems within systems whereby you spend capital to upgrade or accelerate a process. It’s that unabashed recycling of same old processes in new guises that makes these games simultaneously fresh and quotidian. You’re doing the same thing at the dozen-hours mark as the dozen-minutes one. All that’s changed is the scaffolding.

In Magikarp Jump, winners are high jumpers in duels with other computer-controlled Magikarp. But there’s nothing interesting about jumping, a feat accomplished by tapping a button once, then watching the height results appear based on how many “jump points” you’ve accrued. Jump points are mostly had by tapping to drive your Magikarp around a little pond between events, gobbling up berries and cookies that slowly appear in your pond or “training” by tapping to smash your Magikarp into various objects. Generate enough points and your Magikarp levels up, which unlocks more stuff to fight.

All the usual clicker gimmicks are here, including multiple forms of currency, some that let you spend real money to make doing old things that seem like new things happen faster. One minor wrinkle: decorations aren’t just vanity gewgaws, they’ll help your Magikarp grow more quickly. All of this stuff gets doled out crazy fast at first, drilling you to expect rapid fire dividends. Then the game slows those returns to the sort of inexorable trickle (commensurate with messages like “the next thing unlocks in 28:34 minutes”) these studios are banking will persuade a devout subset of players to spend actual money to maintain the dopamine groove.

None of this is as grating as it sounds, and I admire the way The Pokémon Company has managed to amicably wrap its critter-catching mythos around the micropayment grind. It’s even desirable to play in bursts if you let the game’s natural stops guide your play sessions, allowing the real world clock to catch you up and eliminating the need to spend actual money.

My only real gripe is with the mandatory Magikarp retirement system, which arbitrarily caps your Magikarp’s level, locks the door to your training pond, then forces you to fight things you know in advance you’re not prepared to face. When you lose, your current Magikarp is forcibly retired and the process starts anew, though with all your upgrades intact, thus ensuring you’ll reach a bit higher the next time round.

I wouldn’t reach for Magikarp Jump if I had my Nintendo Switch in tow. But catch me somewhere a smartphone’s simpler and quicker to hand? For the foreseeable future, you’ll probably spot me pouring precious time I might otherwise expend finishing up Daniel Dennett’s luminous From Bacteria to Bach: The Evolution of Minds, or teaching myself how to read Japanese, into this.

Reviewed on iPhone 7 Plus 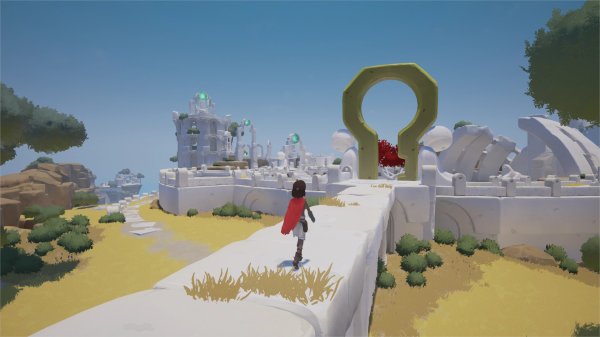 Review: 'Rime' Builds a Beguiling World Over Mediocre Puzzles
Next Up: Editor's Pick