Ariana Grande’s manager took to Twitter early Thursday urging people not to live in fear and “appreciate every day” following the deadly terror attack outside of an the singer’s concert in Manchester, England earlier this week.

“Tonight I got home and took my parents out to dinner. Korean bbq. We drank and ate and laughed with the tables next to us. I experienced joy,” Braun, a longtime celebrity manager, tweeted. “I experienced joy for the first time in days. And I remembered…we r free. We are all different but we r free to enjoy eachother’s company.”

He went on to say that the attacks have prompted him to think about the value of life, and encouraged his followers to do the same.

“The wish of terrorism is to take away that feeling of freedom and joy,” he wrote. “No. That is my answer. No. We cant allow it. Fear cannot rule the day.”

Grande suspended her Dangerous Woman world tour through June 5 following the attack to “further assess the situation and pay our proper respects to those lost.” Grande herself has stayed relatively quiet since the attack, tweeting hours after it happened that she was “broken.”

ISIS claimed responsibility for the attack, which echoes others in western Europe before it, including the series of coordinated attacks in Paris in 2015. While the Department of Homeland Security has said there is no known, credible threat to the U.S., number of concert venues. have announced heightened security as a result of the Manchester attack. 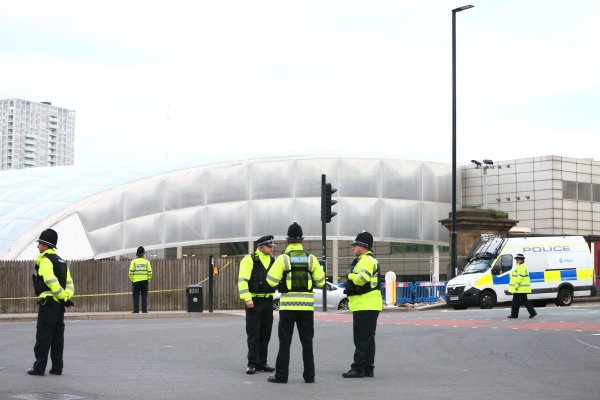 Why Preventing Terror Attacks Like Manchester Is So Difficult
Next Up: Editor's Pick