Game of Thrones Team Calls Out President Trump: 'Joffrey Is Now the King in America'

The Game of Thrones team is sounding off on President Donald Trump.

Author George R.R. Martin and star Kit Harington slam the Commander-in-Chief in the latest issue of Esquire, which has a cover story on the Jon Snow actor.

“I think Joffrey is now the king in America,” Martin said (referring to Thrones‘ infamously sadistic and immature former ruler). “And he’s grown up just as petulant and irrational as he was when he was 13 in the books.”

While Harington said: “I believe in experts … Mr. Donald Trump — I wouldn’t call him ‘President,’ I’ll call him ‘Mister.’ I think this man at the head of your country is a con artist.”

Yet Harington wasn’t too impressed by famous liberal activist and fellow actor Sean Penn either, noting he found it annoying when the star decided to get involved in the Falklands: “I was like, ‘It has nothing to do with you, Sean Penn. F— off.’”

Entertainment Weekly was actually on the set of Game of Thrones when Trump was elected last November. The morning after, the show’s cast and crew gave sympathetic hugs to Hillary Clinton-supporting Americans. Between takes, one writer for the show opined that the popular Joffrey comparison isn’t really correct: “People keep writing that his election is ‘just like Game of Thrones.’ F— you. Even Joffrey spoke in articulate sentences. I prefer Westeros, where politics makes sense.”

The thing is, pundits compare regional politics to Game of Thrones all around the world — not just in America. Here’s one amazing video of how a news network in South Korea covered its presidential election (if only CNN were more like this!).

For ongoing Game of Thrones coverage, follow @jameshibberd for the latest (non-fake and spoiler free); subscribe to our GoT newsletter for breaking news alerts, and check out our GoT podcast. 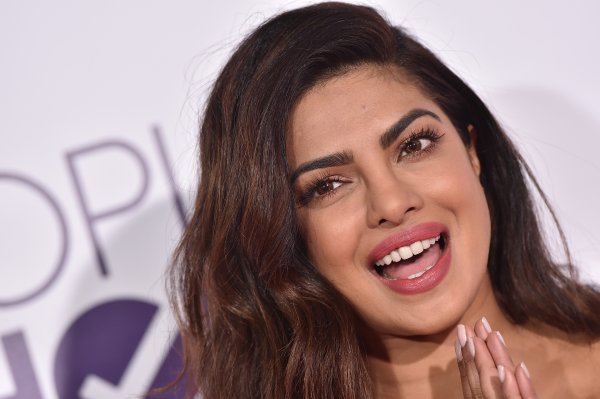 Here's Priyanka Chopra Busting Out A Taylor Swift Impression
Next Up: Editor's Pick