The Beguiled: A Sly Ode to the Sensuality of Deceit

Sofia Coppola’s The Beguiled, playing at Cannes in competition, may be a reimagining of a 1971 Don Siegel revenge thriller starring Clint Eastwood, but it’s really its own hypnotic yet hardy species of flora, a daylily crossed with a twisted root vegetable. Its skin is pretty, but its heart is dark. Though it borrows some of the gauzy mood of The Virgin Suicides, it’s essentially unlike any other Sofia Coppola film, a serene, supple picture that hits more than a few notes of despair. In the heterosexual world, the tragedy of men and women is that each has something the other needs, but how to get it? To steal it is wrong, and to lie and cheat your way into love is a sure way to ultimately lose it. So what’s left? No wonder the temptation is strong to resort to a kind of witchcraft, a casting of spells in which each side says what the other wants to hear, in word, deed or touch. If men are manipulators, as many of our mothers have taught us, there’s a dark side to female desire, too. That may be what this sly, elegant picture is really about: The horror that the more we try to control nature, the wilder it grows, like vines spiraling out of control from between our fingers.

Colin Farrell plays a Union soldier, Corporal John McBurney, who lies injured in the woods of 1864 Virginia when a little girl, out picking mushrooms, inadvertently picks him. The girl, Amy (Oona Lawrence), is a student at a nearby boarding school for girls. She’s a little frightened by this smoldering, exotic, albeit weakened being, but she’s intrigued, too, and she agrees to help him. The school’s owner and headmistress, Martha Farnsworth (Nicole Kidman, in a performance pitched deftly between ice and fire), is dismayed when she sees this hobbling man heading toward the school. All the women are afraid, but they’re curious, too. And as McBurney lies in bed, charming them all as he recovers from his wounds, each girl and woman projects her fantasies of what a man should be onto him. Sheltered, frustrated Edwina (Kirsten Dunst, subtle and touching) sees him as a tender soul who can sweep her away from the life she secretly hates. Martha, a woman of good sense and stalwart character, sees him as the solution to her repressed carnality, perhaps as a man who will “take her” the way men are shown “taking” women on the covers of steamy 20th century romance paperbacks. And Alicia (Elle Fanning, both sultry and doelike) is simply the bad gal. She sees McBurney and wants him, for 100 different reasons: He’s the only man around. He’s a prize that will prove her the winner among all the women. He’s just—there is no other way to put it—hot. She’ll have him by any means necessary.

Meanwhile, McBurney eyes them all as they drift around the property in their pale cotton dresses. And though he never says as much, his eyes, alight with gluttony, tell us that he can’t believe his luck: He’s like the boy at the banquet assaying a plate heaped high with treats, It doesn’t occur to him to make a choice among the women. He’ll have them all, and it’s his right. He plays one against the other, pouring honey’d words into each ear. Frighteningly, he seems trustworthy at the beginning—after all, he’s played by Farrell, whose eyes have the soft soulfulness of a cow grazing in the field. (In the Siegel version, it’s clear from the first minute that Eastwood’s McBurney is a dog.)

This is only the beginning of the soft, dewdrop-strewn web Coppola weaves here, and although the picture is noticeably lacking in taut suspense of the conventional variety, it flies in close to a subtler, hotter flame: The sensuality of deceit. Coppola adapted the script herself—the source material is Thomas Cullinan’s 1966 potboiler novel—and has clearly massaged the story to emphasize the women’s point of view. The original film is deeply enjoyable in a seedy way, but there’s no way to escape its sour spirit: The women, with the exception of the fragile Edwina (played by the lovely Elizabeth Hartman), are cartoonishly garish, and although Siegel makes it clear that Eastwood’s McBurney is lying through his teeth every minute, the movie still roots for him—the women are just conveniently unforgivable, conniving bitches.

Coppola’s version works much better for the way it subtly nudges our sympathies, sometimes in conflicting directions. This Beguiled is neither anti-man nor anti-woman. Both men and women love the thrill of the chase, and each side has plenty to lose. It’s easy to see why McBurney, devious as he is, is unmoored as a lone man among women. Their world is enticing but impenetrable. Are all the women menstruating in sync? Probably. That alone is a kind of witchcraft, an instance of women doing the moon’s bidding. No wonder men try to control women—they’re always competing with the moon. After McBurney has earned the ladies’ trust—not to mention their lust—they prepare a lavish meal for him, putting on their best dresses for the occasion. In their pastel satin gowns, they nestle around him like dollops of meringue. The image is so idyllic that for an instant it’s easy to imagine a weirdly happy future for all, as a kind of oddball forbidden family.

It can’t, of course, turn out like that. In the end The Beguiled is a moody tragedy in which joy is elusive for everybody. Shot by Philippe Le Sourd, the picture has the look of a misty dream, almost as if we’re watching from behind a wall of sleep. The sounds of the natural world creep through: Birds chatter and trill, and cicadas do their weird, whirring thing, as if expressing alarm that the world is moving too slow or too fast for their liking. At one point, Amy, a fan of plants and animals and the owner of a turtle named Henry, asks McBurney if he likes birds. “Anything wild I love,” he tells her, and those are the truest words he speaks, as well as the most prophetic. Eventually, he’ll come to see these women as an organism ready to eat him whole. But if they do feel hunger, it’s not inherently evil, but rather a forlorn thing stoked by years of loneliness. Nobody wins in The Beguiled, and the final shot is a melancholy sonnet. This is a world in which you can’t always get what you want. But rarely do you get what you need, either. 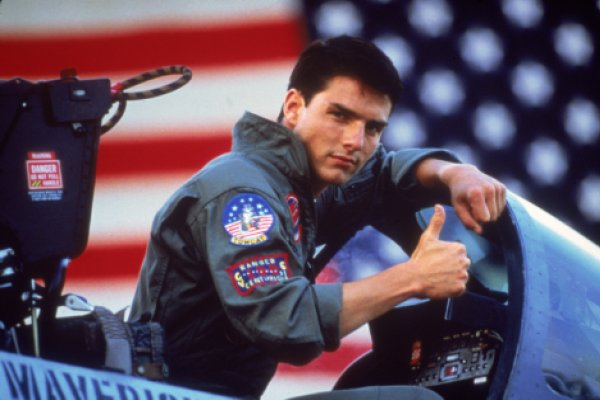