The proposed budget, released by the White House on Tuesday, calls for $3.6 trillion in reduced spending.

“This administration and Republicans in Congress are mounting an onslaught against the needs of children and people with disabilities, women and seniors,” Clinton said Tuesday in an address at the annual gala for the Children’s Health Fund, according to the Associated Press.

Clinton said the budget “shows an unimaginable level of cruelty and lack of imagination and disdain for the struggles of millions of Americans, including millions of children.”

The budget, which would still need to be approved by Congress, includes cuts to programs like the Supplemental Nutrition Assistance Program and Social Security Disability Insurance, as well as student loans and Medicaid.

“It hurts the well-being of children,” Clinton said, according to the AP. “It’s time to send a resounding message that we will not stand for this attack on the most vulnerable among us.” 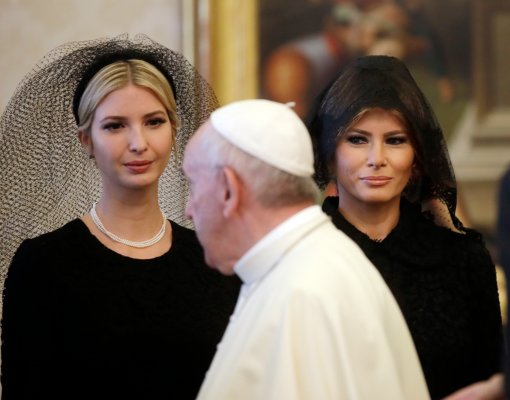 Melania and Ivanka Trump Wore Veils to Meet the Pope
Next Up: Editor's Pick