U.S. Intelligence Has Come Under Fire For Leaking the Manchester Attacker's Identity

U.S. Officials have reportedly drawn fire from their British counterparts for disclosing the identity of the Manchester suicide bomber before he was officially named by the U.K. police.

Various news media—including U.K. outlets—named 22-year-old Salman Abedi as the suicide bomber who attacked the Manchester Arena citing “U.S. officials” as their source. But the British government and the Greater Manchester police both refused to confirm his identity until about two hours after his name was first published, the Guardian reports.

“The British police have been very clear that they want to control the flow of information in order to protect operational integrity,” she said, adding that she had made it clear to the U.S. that such leaks must not happen again.

Speaking to the Guardian, Thomas Sanderson, director of the transnational threats project at Washington’s Center for Strategic and International Studies explained why leaks like this could derail anti-terrorism operations.

“This is a leaky administration,” he said. “What does that mean for sharing information we need to going forward? The U.K. and Israel are probably our two biggest sources of intelligence. Now they’re thinking, ‘Is this going to cause us damage every time we share?’ Then you have to calculate every piece of information.” 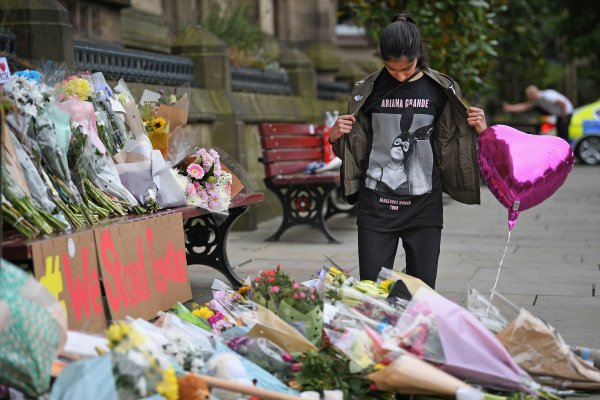 Crowdfunding Raises $54,800 For Homeless Manchester Hero
Next Up: Editor's Pick