World-renowned landmarks, including the iconic Eiffel Tower in Paris, will go dark late Tuesday to honor those who died during a bomb attack at an Ariana Grande concert in Manchester.

The lights of Rome’s Colosseum, Trevi Fountain and city hall will be turned off as a symbol of mourning at midnight Tuesday — the same time the Eiffel Tower’s lights will dim, according to the Associated Press.

Rome says the tribute shows solidarity and is a sign of “condolence and closeness to the victims of the tragedy, their families and the city of Manchester,” the AP reports.

The Empire State Building in New York City will also go dark, according to its official Twitter account.

At least 22 people were killed and 59 others were wounded in Monday’s bomb attack at the Manchester Arena, where pop singer Grande was performing. Victims included 18-year-old Georgina Callander, 8-year-old Saffie Rose Roussos and 26-year-old John Atkinson.

ISIS has claimed responsibility for the blast. Police have named the bombing suspect as 22-year-old Salman Abedi.

The Eiffel Tower also went dark last December to honor the people of Aleppo and in November 2015 after the terrorist attacks in Paris. 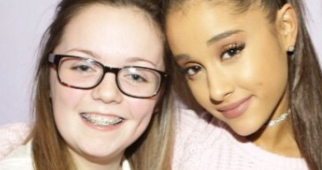 ‘I Hugged Her So Tight.’ 18-Year-Old Manchester Bomb Victim Had Met Idol Ariana Grande at Site of Attack
Next Up: Editor's Pick