President Trump’s budget includes what critics charge is a simple accounting error that adds up to a $2 trillion oversight, though the White House said it stands by the numbers.

Under the proposed budget released Tuesday, the Trump Administration’s proposed tax cuts would boost economic growth enough to pay for $2 trillion in spending by 2027. But the tax cuts are also supposed to be revenue-neutral, meaning that money is already supposed to pay for the revenue lost from the tax cuts.

Former Treasury Secretary Lawrence Summers called the oversight an “elementary double count” and “a logical error of the kind that would justify failing a student in an introductory economics course” in an op-ed in the Washington Post.

At a press conference Tuesday, White House budget director Mick Mulvaney disputed the criticism, saying that they simply assumed that the tax plan eventually passed by Congress would be revenue-neutral.

“We stand by the numbers,” he said. “We thought that the assumption that the tax reform would be deficit-neutral was the most reasonable of the three options that we had.”

The idea that the tax cuts would pay for anything already was criticized. Over the years, it’s been a reliable staple of Republican rhetoric about taxes that lowering the rates would lead to a boom in the economy that would offset the loss in revenue, but economists say the idea is often oversold.

According to the Committee for a Responsible Federal Budget, for Trump’s tax cuts to pay for themselves, the economy would have to grow at 4.5 percent over the next 10 years. That’s two and a half times the growth rate projected by the Congressional Budget Office.

So what’s the most likely result of Trump’s plan? The nonpartisan group projected that the tax cuts would cost the government between $3 and $7 trillion over the next decade. 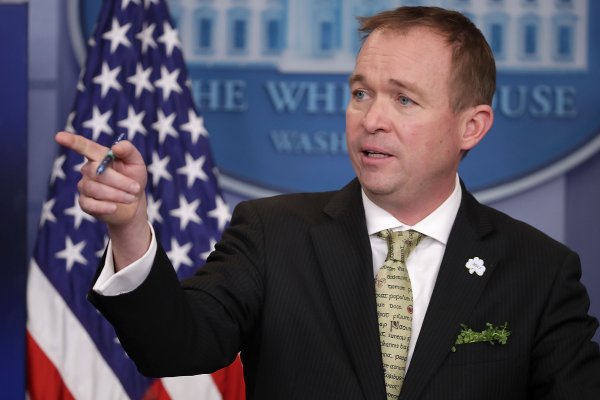