Three years ago, singer-guitarist Benjamin Booker was just another twentysomething working at a coffee shop and taking gigs around New Orleans when he was discovered and signed with ATO Records. He promptly quit the barista job, recorded a critically-lauded album filled with raw, bluesy energy and embarked on a two-year tour opening for Jack White. But when he began thinking about his sophomore album, Booker stepped back to reconsider pretty much everything about himself — and the music he was playing.

“I was thinking more about when I got older, looking back on my life, would I be happy if I was just an entertainer?” he tells TIME. “I wanted to start to make music that was more than entertainment.” So he headed to Mexico with his guitar in tow and tackled some pesky demons. The result, Witness, is due out June 2. Here, TIME premieres his second single, “Believe,” a soulful, searching meditation on faith and self-reliance in the singer’s signature husky tones.

Below, Booker explains what brought him to this new place in his musical journey and why it’s important to never deceive yourself. “A lot of the album is about narrowing the gap between the person that you think you are and the person that you actually are,” he explains of the process.

In 2016, you took a solo trip to Mexico. What inspired that escape? What came out of that experience?

I was feeling overwhelmed with a lot of things that were happening in New Orleans. It can be hard to adjust after you’re gone on tour for two years and then you come back home, you know? While I was on the plane [to Mexico] I started reading this book by Don DeLillo called White Noise. There was a sentence that said, “What we are reluctant to touch often seems the very fabric of our salvation.” That jumped out at me. It was basically saying, OK, everyone has problems they need to deal with, but if you want to get to that place of happiness and peace, you need to confront them and go deeper and deal with some dark stuff to come out happier on the other side. So I took out a piece of paper and wrote down a bullet-pointed list like, “Hey, Ben, be honest with yourself for once, what are the things you need to work on?” And that bullet-pointed list became the basis for the album.

What’s the story of “Believe?”

I was reading a bunch of stuff like Jean-Paul Sartre and that Don DeLillo book, and they point to the absurdity of life and how ridiculous it is that everything around us is constructed and man-made, and I started to think about that. You can get to a dark place, because when you take away the things around you, the social constructs and the things you’ve grown up believing, you start to wonder just what it is that you believe in and who you are as a person. I think that part of the trip to Mexico was about removing myself from my comforts and the people around me and the things I was used to, and trying to figure out who I was as a person.

And who was that? What did you land on?

When I was working on the album, Mavis Staples sings [one of the songs]. She is 76, and at this point in her life is focused on just a couple things. She just wants to be present and enjoy the things she’s doing every day, and then spend time with her family and friends. For me, coming back, that was just what I wanted to do. That was just the main focus now: enjoy every day and be present.

What do you want people to take away from the new Benjamin Booker?

That song in particular is about how people tend to try to fill voids in their life with different things: religion or politics, or people join the military or things like that, just trying to fill this void. But this song is about what we talked about earlier: you are the solution to the problems that you have, and you have to dig deeper. That’s what I’m hoping people take away from this song. That change and that void is only going to be filled by you.

How is this album different from your previous work, in terms of sound, lyrics, and message?

It’s completely different. Sonically, I tried to add more layers. Last time, we did very simple blues-garage kind of music. I was looking to do something that would be more challenging. You start to think about, “I’m going to play this song for two years of my life, let’s try to make something that’s going to be more challenging for us,” and also is more challenging for the listeners, something they can listen back to multiple times and still get something out of it. Lyrically, during the last album, I was younger, and at that time it was about my relationships and kind of my problems with other people. This album was the opposite; it was more of, “Well, OK, you’ve got some things to work on too, Ben.” I had to do some soul-searching, but I think it’s important for everyone to do that, to educate themselves, to read, to question themselves and the life they live. That’s why I needed to do this record: to convince people to keep growing as a person and not think you have all the answers. 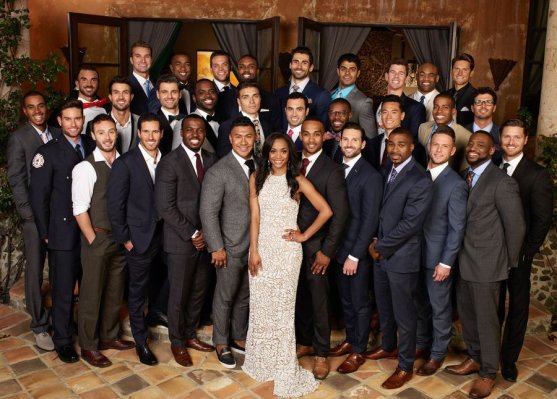 The Bachelorette Recap: A Penguin, a Doll and a Tickle Monster Vie for Rachel Lindsay's Heart
Next Up: Editor's Pick