A Florida man is accused of fatally shooting his two roommates, with whom he said he recently shared neo-Nazi beliefs, in their apartment on Friday.

Devon Arthurs, 18, told police that he killed his roommates, 22-year-old Jeremy Himmelman and 18-year-old Andrew Oneschuk, because they disrespected his faith after he converted to Islam, according to the Tampa Bay Times, citing police reports.

Arthurs led police back to his apartment after briefly taking three people hostage in a nearby smoke shop, telling the hostages “he was upset due to America bombing his Muslim countries,” police Detective Kenneth Nightlinger wrote in a police report.

After Arthurs surrendered, police officers asked if anyone else was hurt. Arthurs told them: “The people in the apartment, but they aren’t hurt, they’re dead.”

Brandon Russell — the fourth roommate in the Tampa apartment, who kept a framed photo of Oklahoma City bomber Timothy McVeigh in his room — was arrested Sunday on federal explosive charges after officers found a cooler full of an explosive material that belonged to him, the Times reported. 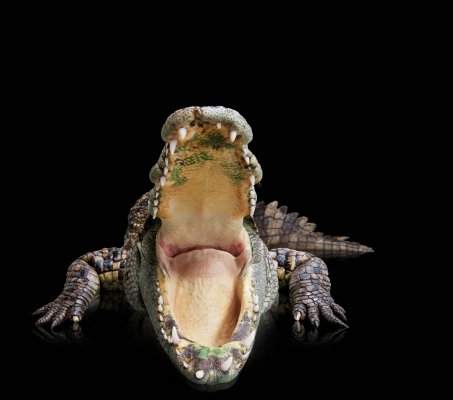 A Florida Girl Survived an Alligator's Attack by Shoving Her Fingers Up Its Nostrils
Next Up: Editor's Pick