5 Books to Read in Honor of JFK's Centennial

Countless pages have been written about John F. Kennedy, and America’s 35th president will likely serve as fodder for biographers for decades and centuries to come. In addition to general biographies, authors have honed in on niches from his famous Anglophilia to how the Vietnam War would have ended differently if he’d lived longer.

For those who don’t have infinite time to sort through these manifold volumes, here are five of the most essential books about JFK, in honor of the 100th anniversary of his May 29, 1917, birth.

Dallek essentially rewrote the story of JFK, surprising readers with revelations about his poor health, love affairs and family dynamics. Many critics and historians now consider the 2003 book to be the essential general interest biography of Kennedy.

A Thousand Days: John F. Kennedy in the White House

For a look at Kennedy as his friends and associates knew him, try Schlesinger’s 1965 volume covering the period from JFK’s presidential campaign to his funeral. While the coverage was perhaps friendlier than the average biography, given Schlesinger’s relationship with its subject, it’s a valuable close-up and provides insight on how Kennedy wished to be seen.

In Kennedy’s own landmark 1955 book, the then-senator profiled eight U.S. senators throughout history who had bravely taken stands against threats to democracy, from John Quincy Adams to Robert A. Taft. The book (written in collaboration with ghostwriter Ted Sorensen) went on to win a Pulitzer Prize.

Manchester began work on this 1967 account of Kennedy’s assassination at the request of his widow Jacqueline — but by the time he finished, after two intense years of work, she and Robert F. Kennedy were unhappy with the result and asked him to make changes that would be more flattering. A major bestseller at the time, the book went on to fade into obscurity before returning to prominence with a 50th anniversary edition. It continues to hold a special place in the canon of JFK literature.

JFK: A Vision for America

This new volume combines JFK’s speeches with commentary by leading historians and thinkers, from David McCullough to Kofi Annan. Edited by Brinkley and Smith, a nephew of JFK’s, the volume is illustrated with more than 500 photos and facsimiles of documents from the archives. 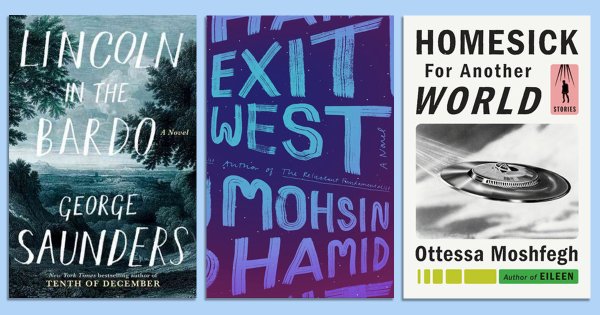 Best Fiction Books of 2017 So Far
Next Up: Editor's Pick