What Does it Mean to 'Plead the Fifth'?

Former National Security Advisor Michael Flynn will reportedly invoke the Fifth Amendment and refuse to cooperate with the Senate Intelligence Committee’s request for him to hand over documents related to his interactions with Russian officials.

According to the Associated Press, Flynn’s attorneys said the “escalating public frenzy” surrounding Flynn contributed in part to his decision to invoke his right to not self-incriminate. But what exactly does it mean to “plead the Fifth?”

For starters, the Fifth Amendment to the U.S. Constitution reads:

The Fifth Amendment provides several protections for Americans as they encounter the justice system. Under this particular provision in the Bill of Rights, Americans are protected from “double jeopardy,” or prosecution for the same crime twice, granted the right to a grand jury in criminal proceedings. The amendment also protects against “self incrimination,” affirming a citizen’s right not to serve as a witness against himself or herself. Flynn’s lawyers are invoking that protection in his decision not to hand over documents to the Senate panel.

“The context in which the committee has called for General Flynn’s testimonial production of documents makes clear that he has more than a reasonable apprehension that any testimony he provides could be used against him,” Flynn’s attorneys wrote in a letter to the Senate.

During the 2016 presidential campaign, Flynn, then-candidate Donald Trump and other Trump officials blasted aides of former Secretary of State for invoking the Fifth Amendment during a deposition last June. Clinton’s aide Bryan Pagliano was deposed for a civil case related to her use of a private email server.

“IT specialist takes 5th over 100 times,” Flynn wrote in a tweet that mentioned Clinton and linked to an article about her former aide’s actions.

The Huffington Post reported Trump himself pleaded the fifth 97 times over the course the proceedings for his divorce from Ivana Trump. 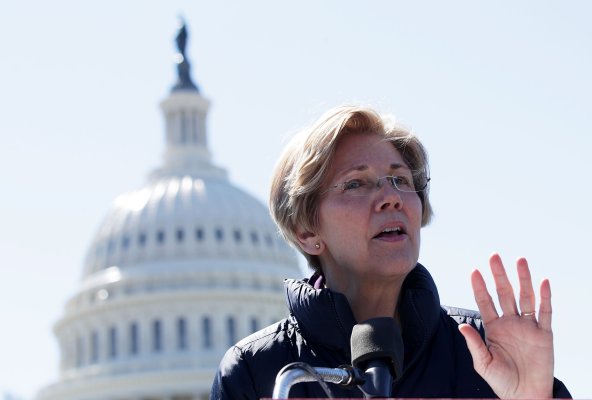 How Elizabeth Warren Became a Poster Child for the Resistance
Next Up: Editor's Pick