Be careful what you say with emojis in text messages — because the expressive little emoticons could be used against you in a court of law. That’s the lesson learned by one Israeli couple after they engaged in an emoji-filled text exchange with a potential landlord, and could now pay up to $2,200 for the ensuing miscommunications.

According to Engadget, landlord Yaniv Dahan received a message from Yarden Rosen after listing a property as a classified ad online. “Good morning 😊 Interested in the house 💃🏻👯‍✌️☄️… Just need to discuss the details… When’s a good time for you?” they texted to him. Dahan says he then removed the listing from the site, thinking he had found a promising lead. But it turned out that the couple were not ready to commit to his option in the end. Dahan ultimately chose to take the couple to small claims court, where a judge determined the emoji were misleading.

“The [emoji laden] text message sent by Defendant 2 on June 5, 2016, was accompanied by quite a few symbols… These icons convey great optimism. Although this message did not constitute a binding contract between the parties, this message naturally led to the Plaintiff’s great reliance on the defendants’ desire to rent his apartment,” the judge determined, citing the “bad faith” of the defendants. “Even towards the end of the negotiations… Defendant 2 used ‘smiley’ symbols. These symbols, which convey to the other side that everything is in order, were misleading.”

Note to all emoji users: tread carefully in the valley of the pictographic. 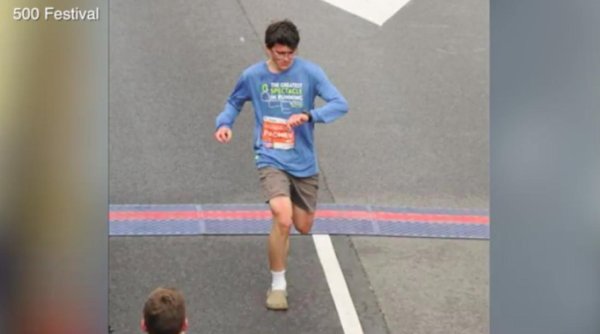 Hero Teen Runs 71-Minute Half Marathon While Wearing Crocs
Next Up: Editor's Pick