Commerce Secretary Wilbur Ross praised the lack of protests President Trump faced during his trip to Saudi Arabia over the weekend, failing to note that dissent in the country is severely punished.

In an interview with CNBC on Monday, Ross said there is “no question” that the Middle Eastern nation is “liberalizing their society,” noting there the involvement of women in some of their panel discussions. Ross also said there were no protesters in the streets during the President’s visit.

“There was not a single hint of a protester anywhere there during the whole time that we were there. Not one guy with a bad placard.”

The CNBC host pointed out that there likely weren’t any protesters in Saudi Arabia because citizen can face severe punishment for broadcasting their dissent. Human Rights Watch has noted that over a dozen activists were imprisoned and facing lengthy sentences as of 2015. In January 2015, Human Rights Watch notes, at least one writer was publicly lashed for setting up a liberal website. Citizens in the country have also faced death sentences for participating in demonstrations.

In response to the CNBC host’s point of reference, Ross maintained that there was a “genuinely good mood” in Saudi Arabia during the White House trip.

“In theory, that could be true but, boy, there was certainly no sign of it. There was not a single effort at any incursion. There wasn’t anything. The mood was a genuinely good mood.”

At the end of the trip, Ross said, Saudi security guards gifted him and others with two bushels of dates. 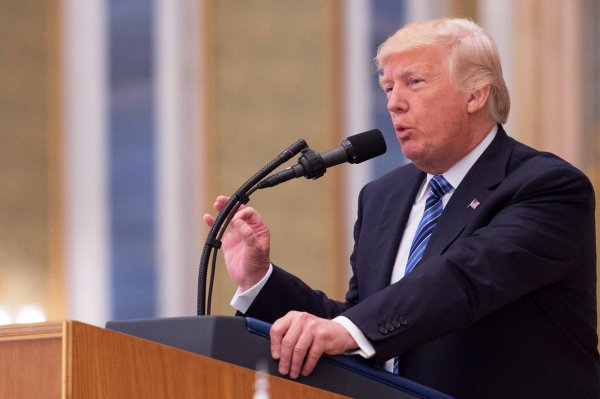