President Trump Touched an Orb and Illuminated the Internet

An image of President Trump touching a glowing orb at a summit in Saudi Arabia has lit up the internet with its reflective glow.

The luminescent orb in the viral photo was a ceremonial touch. Trump, along with the Egyptian President Abdel Fattah al-Sisi, King Salman bin Abdulaziz and First Lady Melania Trump, were inaugurating the new Global Center for Combating Extremist Ideology in Riyadh, Saudi Arabia. The leaders and the First Lady placed their palms on the volleyball-sized glass orb in the dark room to “activate” the center, and illuminate the scene.

Two speakers explained that the center would aim to monitor extremist activity online, with data analysts who specialize in hate speech, the Saudi Gazette reported.

“We want to convey a message to the West and the world that the Muslim world is not an enemy,” Saudi Foreign Minister Adel Al-Jubeir said, the Saudi-owned Al Arabiya reported. According to the report, a number of countries founded the center to “cooperate with the governments and organizations to prevail and promote a culture of moderation.”

Saudi Arabia was President Trump’s first stop on his first trip abroad. During a speech Sunday, Trump urged Muslims to combat a “crisis of Islamic extremism,” an apparent shift from past remarks.

President Trump has not yet commented on the meeting itself, but shared his speech to his Twitter, which you can read here. 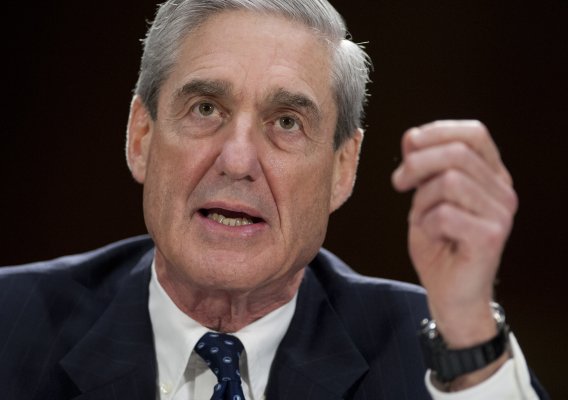 Ex-Fed: I Quit Robert Mueller’s FBI, But He's the Right Pick
Next Up: Editor's Pick