A young girl was pulled underwater by a sea lion as she sat on a dock near Vancouver in Canada, and an onlooker captured the moment on video.

The video shows the girl watching the sea lion as it approached the edge of the dock. When she turned her back on it, the sea lion grabbed her by the back of her dress and pulled her underwater.

The student who captured the incident on video told the Vancouver Sun he believed the family of the girl had been tossing food to the sea lion, which attracted it to the area.

“She and her family, I guess, they came, they started feeding the animal bread crumbs or whatever it was, and then I guess the animal got a little too comfortable,” Micheal Fujiwara told the Sun.

A man on the dock jumped in right after the girl and pulled her out to safety. They both appeared physically unharmed, though frightened.

Professor Andrew Trites, director of Marine Animal Research at the University of British Columbia, told CBC News that the video shows the dangers of interacting with wild animals like sea lions.

“This was a male California sea lion. They are huge animals. They are not circus performers. They’re not trained to be next to people,” Trites said. “You keep your distance. Watch the animals, but let wildlife be wildlife.” 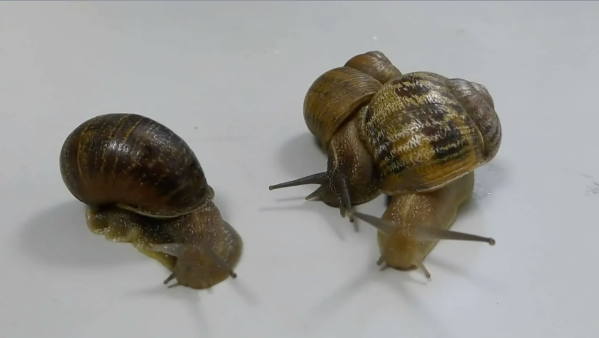 ‘It’s Tragic, Isn’t It?’ Lonely Snail Is Rejected by Suitors
Next Up: Editor's Pick