Little more than a day after Iranian President Hassan Rouhani managed to secure a second term in a landslide victory, his whole foreign policy has been thrown into disarray by President Donald Trump’s speech on Islam in Saudi Arabia.

The moderate-leaning Rouhani defeated his conservative rival Seyed Ebrahim Raeesi on Friday, partly on promises of continued détente with the West after successfully negotiating the historic 2015 nuclear deal. But Trump made clear in a landmark speech on Sunday that comity with Iran was not on the table — branding the Islamic Republic the region’s major backer of terrorism, and calling it responsible for instability across the Middle East.

“For decades, Iran has fueled the fires of sectarian conflict and terror. It is a government that speaks openly of mass murder, vowing the destruction of Israel, death to America, and ruin for many leaders and nations in this very room,” Trump said to around 50 leaders of Arab and Muslim countries at a summit in Riyadh. “Until the Iranian regime is willing to be a partner for peace, all nations of conscience must work together to isolate it, deny it funding for terrorism … and pray for the day when the Iranian people have the just and righteous government they so richly deserve.”

Within hours of Trump’s speech Rouhani’s rivals were hitting at him hard, calling him responsible for Trump’s attack, as well as for the diplomatic success of Saudi Arabia — Iran’s regional archrival — in apparently uniting many of the Islamic nations against the Republic at the summit.

“On his first day of reelection Rouhani’s government has gifted the Iranian nation with the shadow of War,” Hossein Shariatmadari, editor-in-chief of the Keyhan newspaper, considered to be the mouthpiece of hardliners and arch-conservatives, said on Sunday. “In spite of Rouhani’s claims that he had pushed away the shadow of war the weakness of his government has not only encouraged America for aggression against our country but also emboldened feeble Arabic states to discuss outright formation of an Arabic NATO to confront Iran militarily.”

Shariatmadari was just one of the many conservatives who spoke against Rouhani in the media. From condemnation of Rouhani’s criticism of the revolutionary Guards on his campaign trail and TV debates, to cartoons of Trump pushing Rohani under an anvil of war, the conservative faction and press are having a field day. The major argument goes that had Raeesi won, the United States and regional Sunni Arab states would have not dared make such aggressive remarks and plans against Iran.

In a press conference Monday evening, Rouhani called the Saudi summit “only a show” and said the U.S. had never been “serious” about fighting terrorism.

“Iran and the U.S. have had a complex relation in the last 39 years,” he continued. “They have used every method against Iran, from military actions to sanctions but the only time they have had any measure of success was when they sat down at the negotiating table and discussed issues with us based on mutual respect. In that case the result was win-win, but if they try other methods again they are doomed to failure.”

This is not the first time a speech by a President of the United States has thrown the foreign policy of an Iranian president into jeopardy. In 2002 George W. Bush undermined then Iranian president Seyed Mohammad Khatami’s policy of détente with the West by putting Iran on the “axis of evil” in his state of the union speech. Khatami was forced to halt his policy under extreme pressure from hardliners and conservatives, and even a censure from the Supreme Leader of Iran Ayatollah Ali Khamenei. The speech paved the way for the ascent of hardliner Mahmoud Ahmadinejad to the presidency in 2005.

Rohani, who campaigned vigorously on a platform of normalizing Iran’s international relations, will now be under pressure to perform a similar change in position to Khatami. After being soundly defeated in Friday’s vote, Trump’s speech was a boon for the country’s hardliners — who will now be trying to take whatever they can from it. 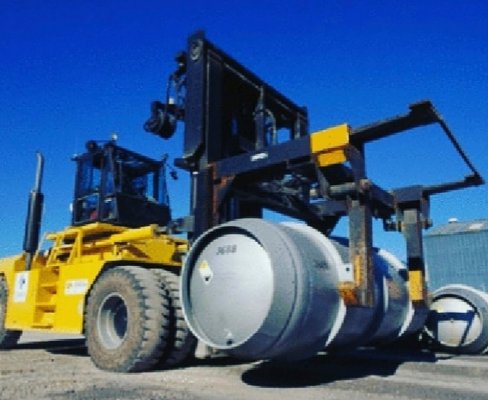