Review: The New Twin Peaks is Strange and Not In a Good Way

“Something is missing,” intones Catherine Coulson’s “Log Lady” near the start of Sunday night’s Twin Peaks season premiere on Showtime. “And you have to find it.”

This insight (gleaned from the log that communicates with her) felt all too apt. The new season of Twin Peaks, the mystical soap opera whose fast-burning two-season run on ABC from 1990 to 1991 helped define what TV would become, shares, so far, precious little with what had come before. It’s not just that the few returning characters we see are (with fitting surrealism) 26 years more wrinkled than when last we saw them. The show, which derived its power from the aftermath of trauma in a small community, has chosen to tell a story that’s odder and bigger—so big, in fact, that it has so far choked off what made Twin Peaks work all along.

The original series, the brainchild of director David Lynch and writer Mark Frost, derived its narrative energy from the murder of beautiful and troubled high-schooler Laura Palmer (Sheryl Lee); as the Pacific Northwest town of Twin Peaks metabolized the brutal act, citizens seemed, collectively and individually, to lose their grip on reality. Special Agent Dale Cooper (Kyle MacLachlan), tasked with solving the crime, is as susceptible as anyone. Twin Peaks season 3 foregrounds the insanity but loses the resonance, with much of its story so far taking place outside the town entirely, in a plotline featuring Matthew Lillard as a man accused of murdering his lover.

Lillard’s story has none of the charge of the killing of Laura Palmer; were it not airing under the Twin Peaks banner, I wouldn’t keep watching that show. Earlier Twin Peaks episodes made excursions to the Black Lodge—the extradimensional location whereby Cooper has dreamy visions of Laura Palmer and other paranormal individuals—count. They were the peppery bits of true creative oddity in a show where the grounding came from characters trying to figure out how to live in the world. Cooper’s remaining trapped there—a place where the tiled floor can tear apart and where a brain attached to a tree issues cryptic pronouncements—is fascinating. But other flights of fancy, like a Cooper lookalike running wild in the world as the embodiment of evil, or a glass box in New York City that kept under constant surveillance, landed with more of a thud.

All of this is not to say that Twin Peaks‘s new go-round isn’t worthy of attention; its slow and languorous way of taking its time with scenes keeps one, mostly, attentive. But while it’s safe to assume that Lynch, no one’s idea of a conventional storyteller, knows where his story will end up, it’s a bit wearying to think of getting there after a further 16 hours of viewing. (The installment runs 18 hours in total.) The puzzle-box shows that Twin Peaks begat—most notably at this moment, The Leftovers, the best show currently airing—tend to be made with a certain confidence. Even if they don’t answer every question the viewer may have (and they assuredly won’t), their brio convinces you that the answers do exist. The new Twin Peaks is a bit more of a shrug, with the attitude of some of its first installment’s bratty high schoolers. Why is the brain on a tree talking to Cooper? Well, why not?

That makes it a bit more challenging to handle the show’s more violent impulses. The death of Laura Palmer was treated with as much gravity as could be imagined—after all, the whole show was about her fellow citizens mourning her. But the show’s ultra-violence now feels but casually thought through, with graphic images of beaten and murdered women floating by. The show isn’t reveling in the imagery, sure, but it doesn’t seem to be treating it with much depth, either.

Lynch’s impenetrability has grown greater in recent years—earlier films like Blue Velvet or even the first season of Twin Peaks feel uncomplicated by comparison. But inscrutability in and of itself is not necessarily a virtue; if a show is designed not to be understood, it also loses opportunities to connect. Twin Peaks‘s first go-round catalyzed fans by using the tools of surrealism to tell a fascinating, sometimes heartbreaking story. Twin Peaks now has made surrealism less of a tool and more of an objective.

But it’s early days yet. And the show occasionally pushes to emotional heights through, not despite, the choking atmosphere of confusion. Sheryl Lee as the ghost of Laura Palmer, now a bit older but still radiant and—in a hopeful note for the Black Lodge—is practically angelic, appears to Cooper and delivers a brief monologue. “I am dead, yet I live,” she says, then whispers at length to him before opening up her face and revealing a shining white light within. It’s too bright to make out whether or not anything’s actually behind her eyes, and yet it’s odd and provocatively beautiful all the same. That the light may obscure only emptiness doesn’t mean the image won’t stick with you in a way little else on TV does. 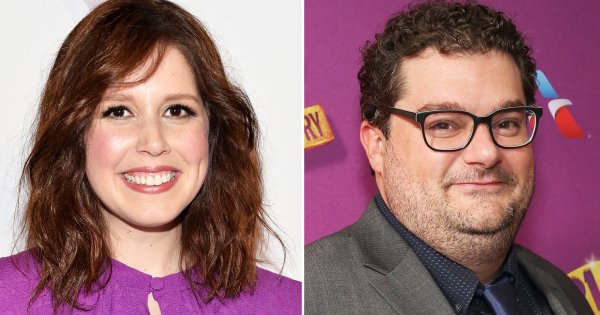 SNL Bids Farewell to These Two Cast Members in Season Finale
Next Up: Editor's Pick