All Your Favorites Showed Up For SNL’s Epic Season Finale

A Saturday Night Live season finale is not complete without surprise guest appearances from celebrities.

And Season 42’s finale did not disappoint — with Alec Baldwin, who has been portraying President Donald Trump, and Scarlett Johansson, who played Ivanka Trump during her hosting gig earlier this year, both making appearances Saturday night.

The two appeared in the cold open, which began with Baldwin, as Trump, playing the piano and singing Leonard Cohen’s “Hallelujah” — a nod to the show’s post-election sketch where Kate McKinnon sang the song as Hillary Clinton after her surprising loss.

But for Baldwin’s rendition, Trump sings the song following a tumultuous few weeks in the White House that included the ouster of FBI Director James Comey and the Department of Justice’s appointment of a special counsel for the ongoing Russia probe.

The sketch includes him crooning the song along with his top advisers and family, who join him throughout the song. First came McKinnon as Kellyanne Conway, then Beck Bennett as Mike Pence.

“I’m not giving up because I didn’t do anything wrong,” he said after they finished the song, once again echoing McKinnon’s statement as Clinton. “But I can’t speak for any of these people.” 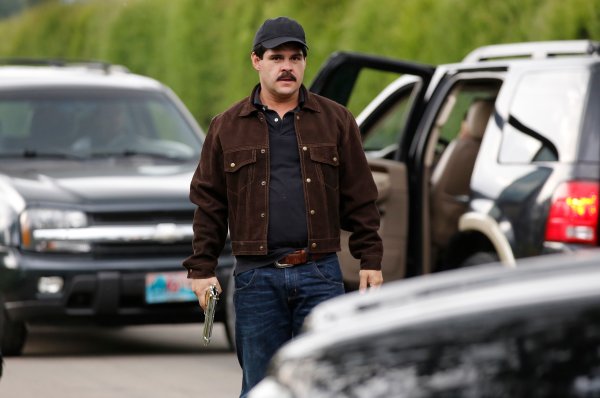 A TV Show About 'El Chapo' Guzman Is a Univision Hit, and It's Coming to Netflix
Next Up: Editor's Pick