Passenger Tries to Break Into Cockpit on American Airlines Flight

Two military fighter jets rushed to escort an American Airlines flight bound for Honolulu Friday, after a man tried to break into the plane’s cockpit.

“Two Pacific Command F-22 Raptors from the Hawaii Air National Guard scrambled this morning in response to a reported disturbance on a civilian airliner making an approach to Honolulu International Airport,” a U.S. Navy Commander told CNBC in a statement.

Officials identified the detained passenger as Anil Uskanil, a 25-year-old Turkish national, according to NBC News.

Uskanil was a ticketed passenger on the flight and had gone through TSA screening before he was spotted by a contractor and detained due to another trespassing incident he was involved with at LAX earlier Friday morning, NBC reported.

Uskanil was arrested for misdemeanor trespassing in that incident, but was still allowed to board his flight to Honolulu.

He attempted to break into the pilot’s cabin several hours into the flight, officials said. 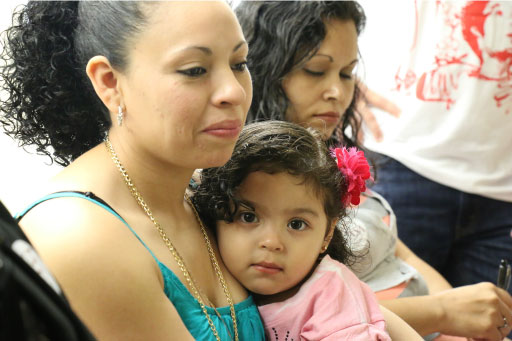 An Undocumented Mother of 2 Was Detained After an Immigration Check-In
Next Up: Editor's Pick