The Best Game of Thrones Memes of All Time

By Megan McCluskey and Ashley Hoffman

Warning: This post contains spoilers for the first seven seasons of Game of Thrones.

As Game of Thrones hurtles toward its seventh season — and in turn, the battle between the living and the dead that it seems to have been teasing since its very first scene — the show is undoubtedly setting fans up for some pretty dark moments. In fact, based on its grisly track record, it seems almost certain that a number of main characters will die before the series finally comes to a close after the final season.

So to keep things light as the long-awaited winter descends, here are the most hilarious memes Thrones has given rise to during its soon to be eight-season run.

Inspired by Jon’s insistence on taking the black before the whole Night’s Watch thing became cool, this meme puts a Westerosi spin on the classic hipster joke. Because knowing everything would just be way too mainstream.

In the wake of Ned Stark’s beheading and the horror of the Red Wedding, fans worked through their grief by cracking jokes about George R.R. Martin’s penchant for killing off main characters.

Ever since Ned solemnly uttered House Stark’s foreboding motto in Thrones‘ very first episode, the “winter is coming” meme has come to signify the impending arrival of any ominous event — especially when it comes to parodying popular trends.

Thanks to Ygritte’s frequent reminders, every Thrones fan knows that Jon Snow knows nothing. And thanks to memes, now everyone on the internet knows it too.

Despite her Mother of Dragons nickname, Dany has had some major problems keeping her winged trio in check. Of course, this predicament has also made for some excellent comedic fodder.

Following Jon Snow’s ominous first encounter with the White Walkers and their army of wights in season five’s “Hardhome,” the internet had a field day with the Night King’s final taunting gesture to the Lord Commander.

Although Hodor’s final moments in season six’s “The Door” were tragic, fans still found a way to mix some humor into tributes to the gentle giant’s door-holding heroism.

The Septa who followed behind Cersei ringing a bell while repeatedly chanting “shame” during the latter’s walk of atonement through the streets of King’s Landing not only inspired an extreme thirst for revenge, but a slew of jokes about real life situations in which she’d be useful.

A Series of Unfortunate Starks

It’s common knowledge that the Stark family hasn’t fared particularly well since the start of the series, so the internet decided to add insult to injury by parodying their plight.

Widely considered one of the most-hated characters in television history, the petulant King Joffrey is almost too easy of a target in the world of online humor.

But They May Hate Olly More

If there’s anyone who can compete for Joffrey’s crown, it’s Jon Snow’s mentee-turned-murderer Olly, who delivered the final blow during the Night’s Watch assassination of the Lord Commander in the season five finale.

The season four sequence in which The Mountain defeated Oberyn Martell in a trial by combat by crushing the Red Viper’s skull with his bare hands was dubbed “one of the most gruesome scenes to date” by Rotten Tomatoes. It also received the distinction of being turned into a hilarious meme.

Try as he might, Jorah has never been able to catch Daenerys’ eye in the romantic way he so desires. It probably doesn’t help that he now has a disease that’s slowly turning him into an angry stone monster.

Even Art Parkinson — who played the late Rickon Stark — knew his character should have zigzagged while running from Ramsay Bolton’s arrows during the “Battle of the Bastards.”

This clever play on the oft-repeated words of House Lannister seems like it was pretty much inevitable.

A Girl Has No Name

Since Jaqen H’ghar’s season two introduction, the Faceless Men have become known for speaking in the third-person — a habit that Arya adopted during her stay at the House of Black and White. The internet clearly thinks this practice would come in handy in real life.

The 10-year-old Lady of Bear Island became an instant fan-favorite following her season six debut, with some declaring her the show’s ultimate power player.

After more than year of speculation over the fate of the “dead” Jon Snow, fans were overjoyed by his resurrection in the closing moments of season six’s “Home.”

The Onion Knight comically, briefly introducing Jon Snow was so much less extra than Missandei’s recitation of Dany’s endless résumé and monikers. So hilarious that it ended up on some Starbucks cups.

Jon Snow’s initial refusal to bend the knee for Dany because he’s the King in the North got some highly amusing remixes.

Lady Olenna did not go quietly into that good night, woman that she is. This epic mic drop was not lost on the internet.

This dragon GIF about burning through all of life’s problem was universally helpful. 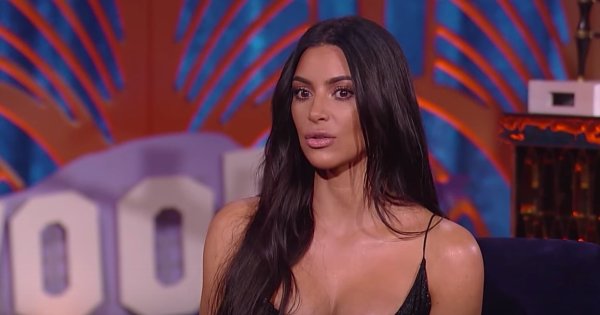