Zac Efron brings many talents to the movie reboot of Baywatch: he rides a motorcycle, struts in heels and expertly conveys the kind of entitlement that only an ego-inflated, IQ-deficient celebrity athlete can possess. But if you’ve heard his name mentioned in the same breath as Baywatch, it’s likely the words “abs,” “workout” or “insanely jacked” were not far behind.

There are no two ways about it: though Efron’s frequent shirtlessness has previously laid bare his commitment to physical fitness, he seems to have reached peak abs in this new film. His diet consisted, for a time, only of “organic grass fed/free range protein and organic leafy greens.” In one scene, dude actually carries two refrigerators on his back.

But should he ever decide he needs a break from movie-making, he would have a bright future as a physique competitor, according to Steve Weinberger, head judge for the National Physique Committee and the International Federation of Bodybuilding and Fitness and co-owner of the Bev Francis Power House Gym in Syosset, N.Y.

Weinberger, who has judged fitness competitions for 25 years, says that although Efron’s current build isn’t bulked up enough for bodybuilding, he’s a great fit for physique competitions, a more recent sport for athletes, according to the IFBB, “who prefer to develop a less muscular, yet athletic and aesthetically pleasing physique.”

“I think he’d be a good competitor because he’s in excellent condition,” says Weinberger, who lauds Efron’s abdominals, in particular. But in order to excel, he would need to direct some additional focus to one area in particular: his back. “What he really needs is a wider back. His back is a little narrow. It’s kind of straight up and down.” According to Weinberger, the desired result could be achieved by a combination of chin-ups or lateral pull-downs.

When asked who would win a throwdown between Efron and Michelangelo’s David — long considered (by antiquated standards of manhood) the ideal masculine form — Weinberger doesn’t hesitate. “Zac would win. Zac’s is actually harder than David. David is pale white. Zac has nice color — it looks like he’s been out in the sun.” Doing crunches — and saving lives. 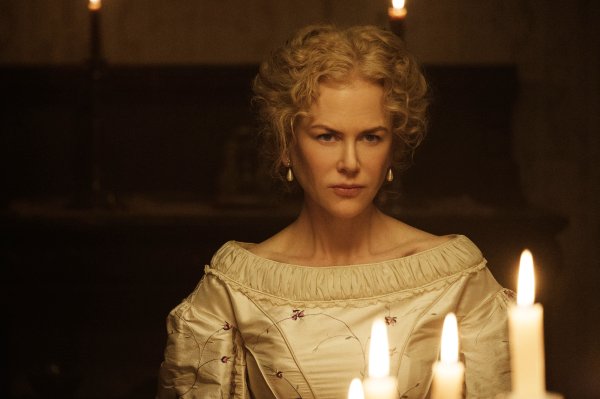 The Beguiled: A Sly Ode to the Sensuality of Deceit
Next Up: Editor's Pick