This Is Why the Congressional Budget Office Was Created

When the Congressional Budget Office (CBO) announces on Wednesday afternoon a cost estimate for the version of the American Health Care Act passed by the House of Representatives, it will be fulfilling a responsibility it has had to Congress for the past four decades.

It was July 12, 1974, when President Richard Nixon signed the Congressional Budget and Impoundment Control Act of 1974, creating the House and Senate Budget Committees and the Congressional Budget Office to provide what the agency sums up as “objective, impartial information about budgetary and economic issues.” (The agency opened for business on February 24, 1975, with Alice Rivlin as its first Director.)

While providing “objective, impartial” cost estimates of bills to members of Congress might seem like due diligence, it’s not a coincidence that such a law didn’t exist until the 1970s, says Philip G. Joyce, author of The Congressional Budget Office: Honest Numbers, Power, and Policy Making and a professor of public policy at the University of Maryland.

Before the law, executive-branch agencies were the ones providing cost estimates on legislation and budgetary issues, and those numbers had a history of varying depending on how much the president supported the issue or not. (If he liked the bill, then they would say it wouldn’t cost much money, and if he didn’t, then they would say it was too expensive.) In the 1970s, the Watergate scandal damaged the credibility of the executive branch, and there was a feeling on Capitol Hill that “information coming out of [the Office of Management and Budget] couldn’t be trusted because it was being controlled by Nixon,” as Joyce puts it.

It’s interesting, he adds, that Nixon signed the law creating the CBO — a law that was going to weaken his power and the power of future presidents — almost exactly a month before he resigned. “I’m pretty sure Nixon thought he didn’t have the political capital to veto this bill,” Joyce says.

In addition, the law came at a time when there were more laws for the CBO to score. Programs like Medicare and Medicaid were representative of a trend for bills that put more spending “more or less on autopilot,” as Joyce phrases it, outside of the control of appropriations committees. That meant it was more important for lawmakers to have an idea of the projected cost over time before they signed a bill into law.

A third factor was that the Democrat-controlled House and Senate had been ticked off at President Nixon’s “impounding” of his predecessor Lyndon B. Johnson’s Great Society programs, says Joyce. What would happen was that the Office of Management and Budget within the executive branch — which distributes funds that Congress has allocated to the various executive agencies — just wouldn’t distribute the money, or would only spend for the purpose of shutting down the program. But, since Congress hadn’t ended those programs, the courts eventually ruled that impounding programs like that was actually unconstitutional, because the President had taken an oath to “execute the law.”

“The impoundment piece was separate from the creation of CBO — I just think they would not have established this special committee to strengthen congressional [control] of the budget process if it hadn’t been for Nixon impounding funds,” says Joyce.

Since then, he says, the CBO’s cost estimates on legislation have become a powerful check on the presidency. 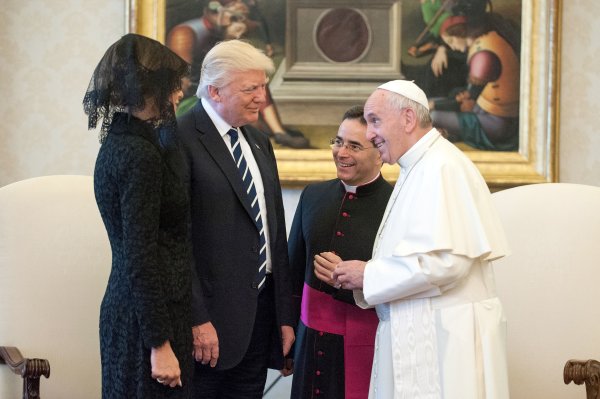 Pope Francis and Melania Trump Had a Lighthearted Exchange About Slovenian Food
Next Up: Editor's Pick