What you are about to read is not a full-blown review of Amazon’s Fire TV, the $99 video set-top box the company announced at a New York press event on Wednesday. In the short time I’ve had with it so far, I’ve only dipped briefly into the games, which are one of this Android-based gadget’s major features. And I haven’t yet tried the integration that lets you throw video from a Kindle Fire tablet to the Fire TV.

With that disclaimer out of the way, some initial impressions and notes:

1. It doesn’t blow away the competition. The Fire may be a latecomer, but it’s not a me-too knockoff: It has the beefiest specs of any product in its category and by far the most ambitious approach to gaming. But if you’ve already got a Roku or Apple TV, you don’t need a Fire TV. And if you haven’t bought one yet, all three contenders are worth considering.

2. It’s a bit thin on content. Not that there isn’t a lot to watch. And if you’re mainly interested in Amazon’s own stuff–including rentals, videos to purchase, and the items available at no extra cost to Amazon Prime members–you’ll probably be very happy. But Roku and Apple TV, which have been around for years, both have more in the way of sports (Fire TV just has Watch ESPN, MLB.tv and NBA Game Time) as well as HBO Go and other significant offerings not yet available on the Fire. Actually, Roku has over a thousand channels of content–a figure I can’t see either Amazon or Apple approaching any time soon.

3. The voice part of voice search works just about perfectly. At least for me. When I pressed and held the voice button on the little remote control, its built-in microphone understood almost everything I said–“Albert Brooks,” “Lady Gaga,” “The Freshman,” “Sonic,” “Pandora,” “comedies,” “new releases” and much more. Slick indeed.

4. The search part has some quirks. In the majority of cases, it does more or less what you’d expect: Search for “John Wayne,” and you’ll get John Wayne movies as far as the eye can see. But in multiple cases, I found the results to be anywhere from slightly weird to very weird. For instance:

5. It is really, really easy to rent or buy content from Amazon with this thing. The voice search, generally snappy interface and 1-Click-style integration with your Amazon account add up to the fastest way I’ve seen to find something you want to see, pay for it and begin watching. It’s the best implementation of Amazon’s streaming service yet, which helps explain why Amazon decided it was worth building its own box even though it’s already on so many other companies’ devices.

6. Video sources other than Amazon are mostly second-class citizens. I noticed that voice search sometimes pulled up music videos from Vevo. But even though the Fire TV offers two major competitors to Amazon’s own video service, Netflix and Hulu Plus, they’re self-contained apps rather than part of the primary, Amazon-centric interface, and they don’t work with voice search. Use voice (or the main text-based search) to look for “House of Cards,” for instance, and you’ll only get the show’s first season, which is available for purchase from Amazon–even if you subscribe to Netflix, where you can watch the first two seasons at no additional cost.

7. The ASAP video feature really works. Amazon says that the box attempts to guess what you might want to watch before you’ve asked for it, so it can pre-fetch it and play it back instantly. And indeed, some videos started the moment I selected them, in a way that feels borderline impossible. Others took a few seconds, but were still speedy compared to the norm for Netflix and Hulu.

8. The box seems to err on the side of smooth video quality over a crisp picture. When I connected to my home network over Wi-Fi, I noticed that the image was often a bit blocky, but that the stream almost never stalled. (I ended up plugging the Fire into a wired network connection, which got rid of the blockiness.)

9. I don’t care much about the relative industrial designs of these little TV boxes. Amazon brags about Fire TV being .7″ thick, the same height as a dime balanced on its edge. But really, the nice thing about this device, Apple TV and Roku is that they’re all about the size of a sandwich, and easy to tuck out of the way. The aesthetics and exact sizes don’t matter all that much, because all of these boxes blend so unobtrusively into the background.

10. Amazon’s own music service is missing. I’ve bought a fair number of albums from the company, but I can’t listen to them on Fire TV. Which is a tad odd, since it does have Pandora, iHeartRadio and TuneIn.

When Amazon introduces something new, it often does so at a price that changes the game. That hasn’t happened here. Instead, it tried to put together a really nice product at a price point ($99) with plenty of precedent. A couple of days ago, there were only two viable competitors in the market for small, simple, affordable TV boxes: Roku and Apple. Now there are three–and it’ll be fun to see where Amazon, which takes categories seriously when it gets into them, goes from here. 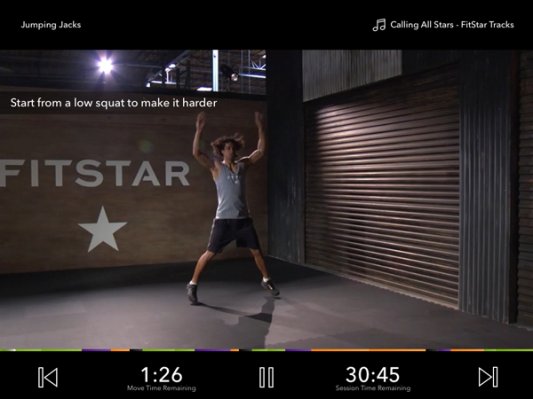 6 Great Sites and Apps for Taking Fitness Classes at Home
Next Up: Editor's Pick