President Donald Trump‘s approval rating has hit another low in a new poll, following dizzying weeks of damaging revelations and controversial decisions in the White House.

The latest Politico/Morning Consult survey found 53% of respondents disapproving of the job Trump is doing as President and only 41% approving, the lowest approval rating in this poll since he took office. Some of Trump’s recent actions didn’t sit well with voters. A majority — 58% — said they disapproved of the President’s reported move to share classified information with the Russian officials in the Oval Office last week. Forty-one percent said they aren’t confident in Trump’s ability to handle classified information.

And when told of reports that Trump asked former FBI Director James Comey to stop an investigation into former National Security Adviser Michael Flynn, 50% of voters said they thought it was inappropriate of Trump to fire Comey. (The White House has denied those reports.)

The survey of 1,970 registered voters, conducted May 16-18, has a margin of error of plus or minus two percentage points. 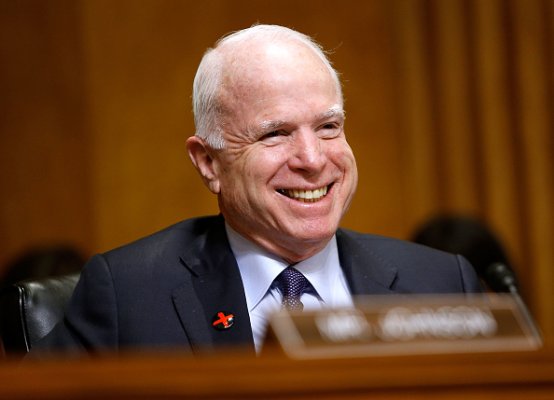 John McCain: 'Joe Lieberman Has More Experience' Than Any of My Democratic Colleagues
Next Up: Editor's Pick